Despite the turmoil currently on planet earth, things are looking more optimistic out in space. Only last week scientists announced that they have picked up potential signs of life on Venus and, depending on the sources, a manned mission to Mars could launch within the next 10-20 years. Ambitious initiatives like Breakthrough Starshot are looking even further afield, with a vision of sending a tiny unmanned probe to investigate exoplanets orbiting our next-door neighbour in the cosmos, Alpha Centauri.

Long-distance space travel raises many physical and mental challenges for potential crew members. How will we keep our bodies from wasting away without gravity for our muscles to fight against? How will our minds cope with the isolation and the knowledge that, for future colonists of distant planets, it may be a one-way ticket? Will there be a decent curry house, and will it take visa?

Some of these issues are tackled in Jindřich Polák’s visionary sci-fi thriller, Ikarie XB-1. Based on The Magellanic Cloud by legendary science fiction author Stanisław Lem, it charts the adventures of the crew of a near-light speed ship, Ikarie XB-1, on its 28-month mission to Alpha Centauri. 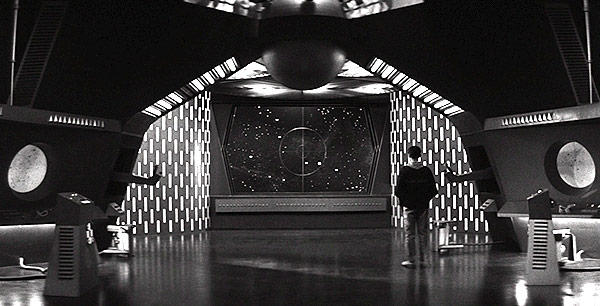 The ship, a marvel of early special effects and set design, looks like it was designed by a soviet fan of Jules Verne. It is luxurious enough to keep its 4o-strong crew living in comfort on their interstellar journey. Muscles feeling a bit withered? No excuses on Ikarie XB-1 – it has a cavernous gym onboard. Feeling a bit bored? Keep your mind and soul limbered up with a game of chess, or having a tinkle on the ivories of the ship’s baby grand piano. Craving a chicken vindaloo with a few onion bhajis and all the other trimmings? No worries – the ship’s canteen can knock up anything you care to imagine.

The film quickly establishes the dynamic between the crew, who act more like passengers on a luxury cruise than a team of scientists heading out to potentially discover alien life. They laugh, bicker, make calls home on the ship’s video wall. They play pranks, flirt, and dance on the ballroom’s dance floor (yeah, of course the Ikarie XB-1 has a ballroom – what are we, cavemen?) throwing shapes that wouldn’t look out of place at a Jane Austen tea party to some weirdly discordant electronic music.

While the crew is sharply defined, we don’t get too in-depth with any of the individual characters, with the exception of MacDonald (Radovan Lukavský), the ship’s second-in-command, who has left his pregnant wife back on earth. Prefiguring the personal dramatic hook of Christopher Nolan’s Interstellar, his kid will be fifteen years old by the time he gets back due to “time dilation”. 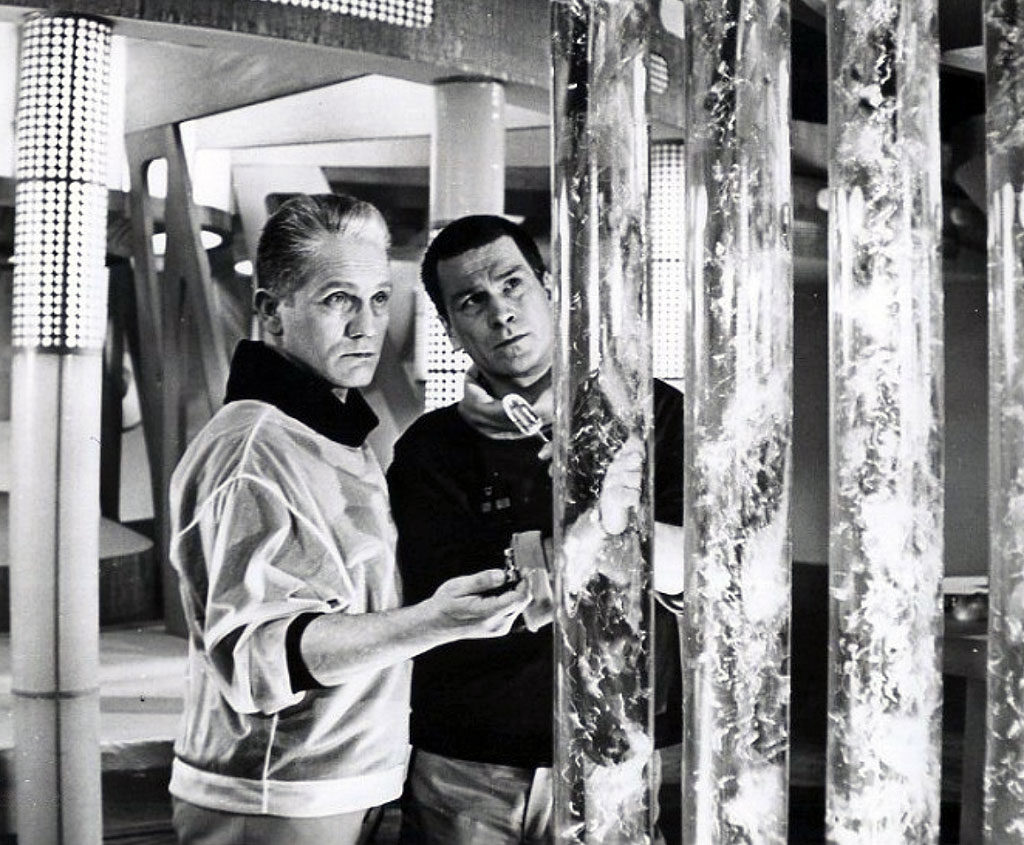 Even the holiday resort surroundings of the ship aren’t enough to stave off the boredom of such a long journey. The gym is soon abandoned and crew members start getting snappy with each other, fed up listening to each other’s shit all day. Things take a dangerous turn when they discover another ship drifting in deep space, and approach a Dark Star giving off deadly radiation…

There’s a lot going on in relatively brisk running time as the story blends hard sci-fi with a utopian vision of future space travel, and a lot of the fun is seeing all the cinematic influences. Ikarie XB-1 clearly had a strong influence on Kubrick’s 2001: A Space Odyssey with its angular, strip-lit corridors and monotone ship’s computer, and there is definitely something of Tarkovsky’s Solaris in the austere way Jan Kališ often shoots the interior of the craft. The original Star TrekTV series also seems to owe a debt of gratitude, with the spacious circular bridge of the Enterprise bearing a remarkable likeness to the Ikarie’s flight deck.

As influential as Ikarie XB-1 clearly was, it also took a lot of inspiration from its predecessors. Notable are the flying saucer-like ship designs that look straight out of a 50s B-movie, and a robot that blatantly rips off Robby the Robot in Forbidden Planet. 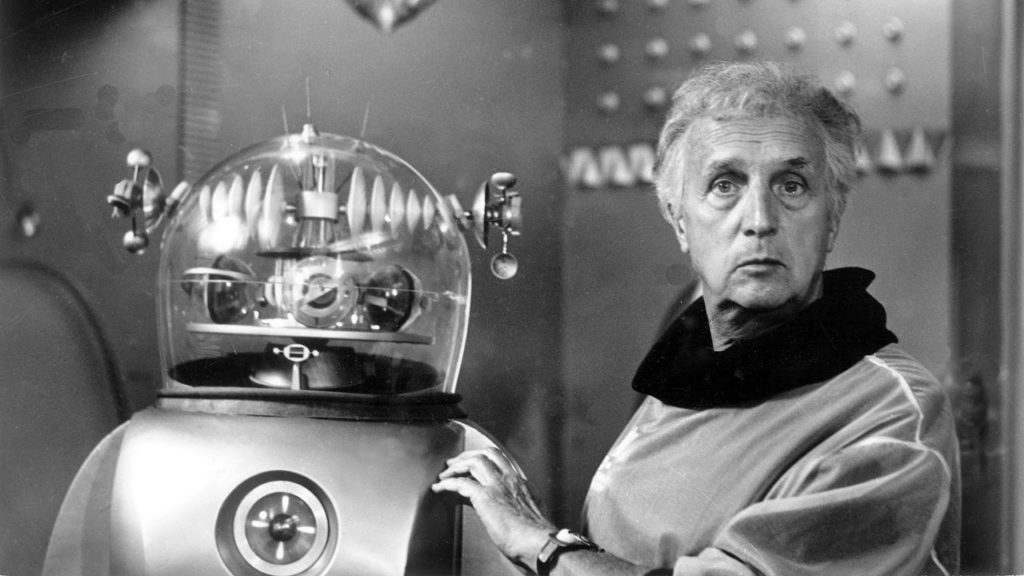 Ikarie XB-1 holds up well as a piece of intelligent science fiction. Its special effects, while obviously dated, are still striking and the ship itself is beautiful to look at thanks to Kališ’s cinematography. All that said, I’m not sure that it’s a film that I’d recommend to absolutely everyone – I think some modern viewers would find it quite tedious. It will be of more interest to sci-fi fans and movie buffs interested in the evolution of the genre.

Voyage to the End of the Universe (Ikarie XB-1) is showing on Czech Netflix at the time of writing. You can read more about Czech cinema on my website, Czech Film Review.