Did you ever wonder what the kid from The Elementary School got up to a few years earlier during WWII? Me neither, but Barefoot is a charming, funny and touching prequel. This review originally appeared on my blog, Czech Film Review.

Barefoot (Po strništi bos) is showing on Czech Netflix at the time of writing.

Prequels are, by and large, one of the most pointless things in cinema. By their very nature, they lack much dramatic thrust, as we already know where the story will end up. Over the past few decades, prequels have also become synonymous with major studios cashing in on profitable intellectual properties, often ruining the mystique of the original film or films. The very word “prequel” is capable of setting a certain type of Star Wars fan into a fit of rage…

In a very modest field, Barefoot (Po strništi bos) stands out as one of the better prequels available for your delectation. At first it seems like a slender prospect, arriving a full 26 years after Zdeněk and Jan Svěrák’s Oscar-nominated crowdpleaser, The Elementary School (Obecná škola). Delightful though that movie was, it favoured nostalgic, anecdotal comedy and doesn’t seem like the obvious choice for prequel treatment.

However, if you ever wondered what the kid in The Elementary School got up to during the death throes of World War II – that is, literally a year or two before the events of the original movie – then Barefoot will answer all your burning questions…

The film starts with a bang, as we meet our young protagonist, Eda (Alois Grec, bearing a striking resemblance to the kid in the first movie) urinating off a Prague railway bridge onto a passing German train. In the closest the film comes to an action set piece, he imagines himself chased all the way home by an entire battalion of Nazi soldiers.

Far more real dangers lurk for his father (Ondřej Vetchý), who refuses to throw the Sieg Heil salute at work and listens to prohibited Allied broadcasts at home. When their elderly neighbour is shockingly dragged away for similar activities by the Nazis and the family are kicked out of their apartment, they decide that moving to the countryside is the safer bet. 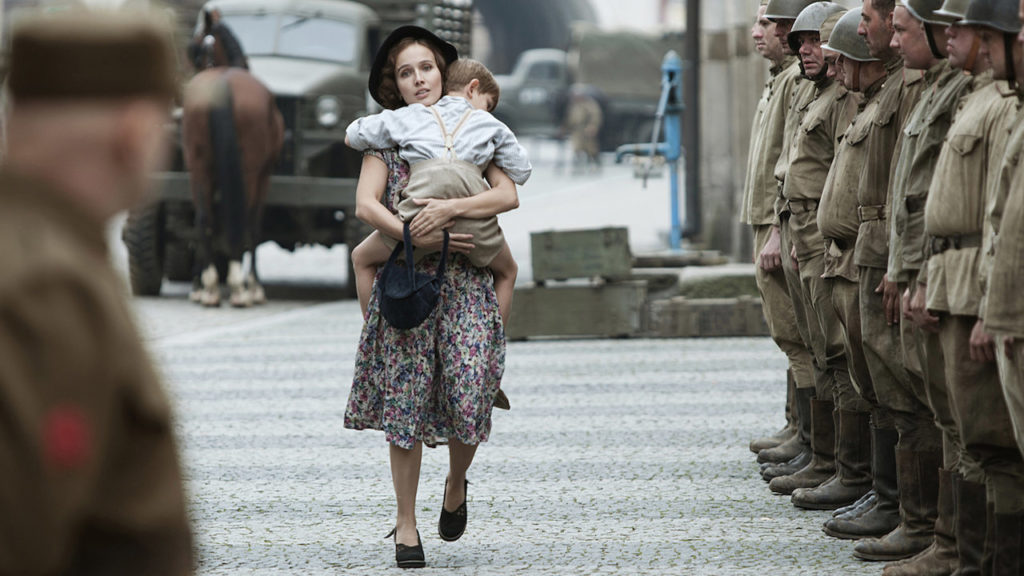 There Eda meets his extended family, including a gruff, threatening uncle known as Wolf (Oldřich Kaiser, excellent) who was cast out many years before for attacking Eda’s grandma. He also quickly falls into step with a group of local lads, who make it a point of pride that they walk around barefoot. The gang includes a wheelchair-bound older boy called Vlastík (Petr Uhlík) who supposedly lost the use of his legs during a scrape with a panzer tank. His situation pays off in one of the film’s most rewarding flights of fancy. Zdeněk Svěrák, who once again wrote the screenplay with his son, has a small role as a kindly teacher.

All the grown-ups create a striking impression even with thin material. That’s not necessarily a criticism of the writing – it’s just that by taking the perspective of a child, there’s no way we’re going to get a deep insight into each of the characters. Perhaps Tereza Voříšková comes off worst as Eda’s mother, who has little to do apart from looking saintly and beautiful.

It is the kind of stuff Svěrák Junior can direct in his sleep, and it’s a full prestige package of a movie from him, as you’d expect. Barefoot is shot beautifully by regular Svěrák cinematographer Vladimír Smutný, Michal Novinski’s score is appropriately wistful, the set and costume design are both on point. It’s remarkable that such a handsome, accomplished piece of filmmaking only cost around $2 million to make.

The terrific production values and performances make Barefoot seem more substantial than it actually is. It makes the original film seem plot-heavy by comparison, as we follow Eda through a series of wistful, lightly comic adventures with his pals. They build a den in a pile of old funeral wreaths outside the local cemetery, steal a fuel tank that falls from the sky to provide petrol for Vlastík’s motorized wheelchair and, in a joyous sequence, take a sleigh ride through snow-covered fields with Uncle Wolf. 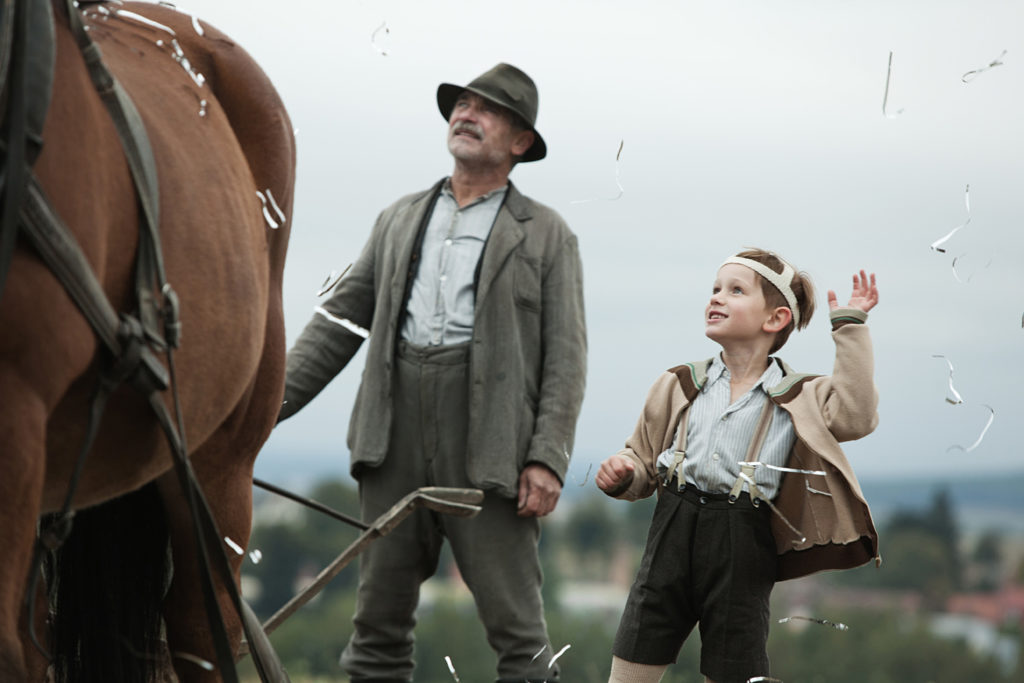 The spectre of war is very much kept in the background, with much of the film’s conflict deriving from the family’s hostile relationship with Eda’s errant uncle. Naturally, the boy is curious about the surly old man, and a touching relationship develops between the two. Tragedy eventually strikes as the Red Army rolls into town, and the behaviour of the drunken liberating soldiers foreshadows the fate of the country once it falls fully under the soviet sphere of influence a few years later.

Knowledge of The Elementary School is not necessary to enjoy Barefoot to its fullest. It is charming, heart-warming and funny, and doesn’t outstay its welcome. Just don’t expect it to alter your perceptions of childhood during wartime – for that, maybe watch it as a double bill with Come and See or The  Painted Bird…