For those of you who like to do something a little different, one September Saturday will see Brno host a very silly charity event – the inaugural Brno Red Dress Run/Walk.

We’re organising the event with the Brno Hash House Harriers, the local branch of a worldwide ‘Drinking Club with a Running Problem’.

Running’s not required, red dress either, but a sense of humour is a must!

In 1987, Donna Rhinehart was invited to a hash run in California to be introduced to the sport. She arrived, thinking it was a social event, in an impressive red dress and heels. She was invited to “wait in the truck.” Instead, Rhinehart joined the run in her red dress.

The following year, the first Red Dress Run was organised by the local hash group, and Donna insisted that if people were going to be so silly, they should do so for charity. The event quickly spread around the globe, and over the years since, Red Dress Runs have raised millions of dollars for charity.

And now it comes to Brno – 24 September, in the very centre.

At the Brno Red Dress Run:

We will gather at a pre-arranged time and place, in this instance the Astronomical Clock in namesti Svobody, at 1pm on Saturday 24 September. Once there, the group will be split into two – those who want to run, and those who want to walk, and instructions will be given to each group.

There will be separate trails marked using flour and chalk – approx. 7-8km for runners, and half that for walkers, and all you have to do is follow your chosen trail until you reach the end. Oh, and wear a red dress, or at least something red in colour, if for any reason you are uncomfortable wearing an actual dress.

This year the event is taking place to benefit Vesna, a local organisation that focuses on educational, social, and recreational activities for the general public, primarily focusing on war refugees from Ukraine and helping Czech single parents and families in need.

The cost to attend this event is 200 CZK, and 100% of this money will be donated directly to Vesna – unlike many other charity events there are no administration costs taken out of the attendance fee, and of course if you wish to donate more you would be welcome to do so.

For inspiration, these are pictures from this year’s run in New Orleans: 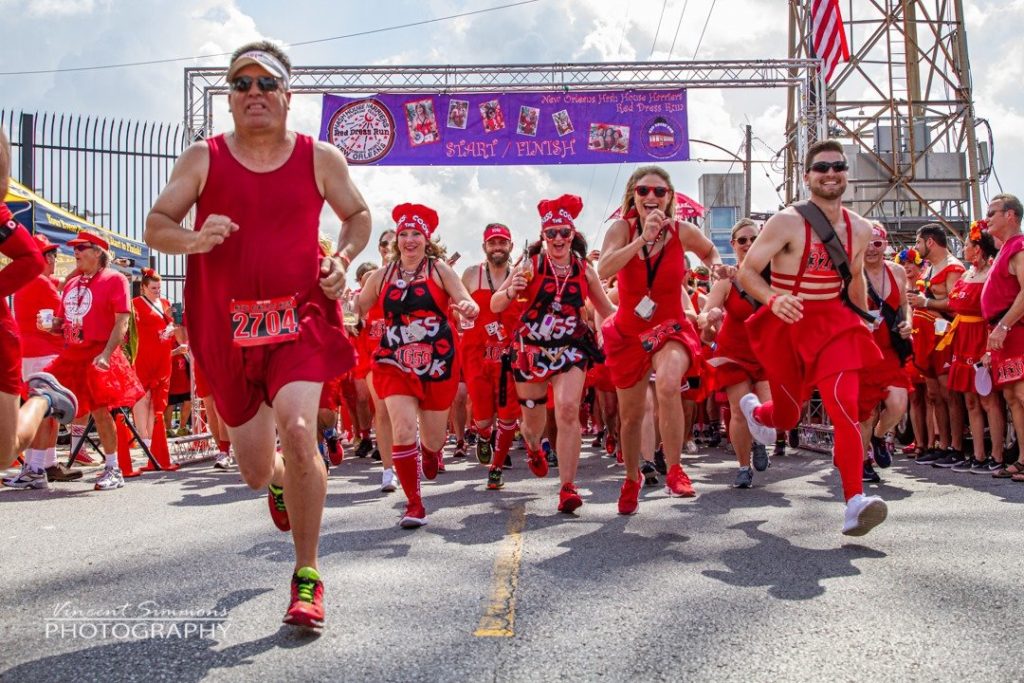 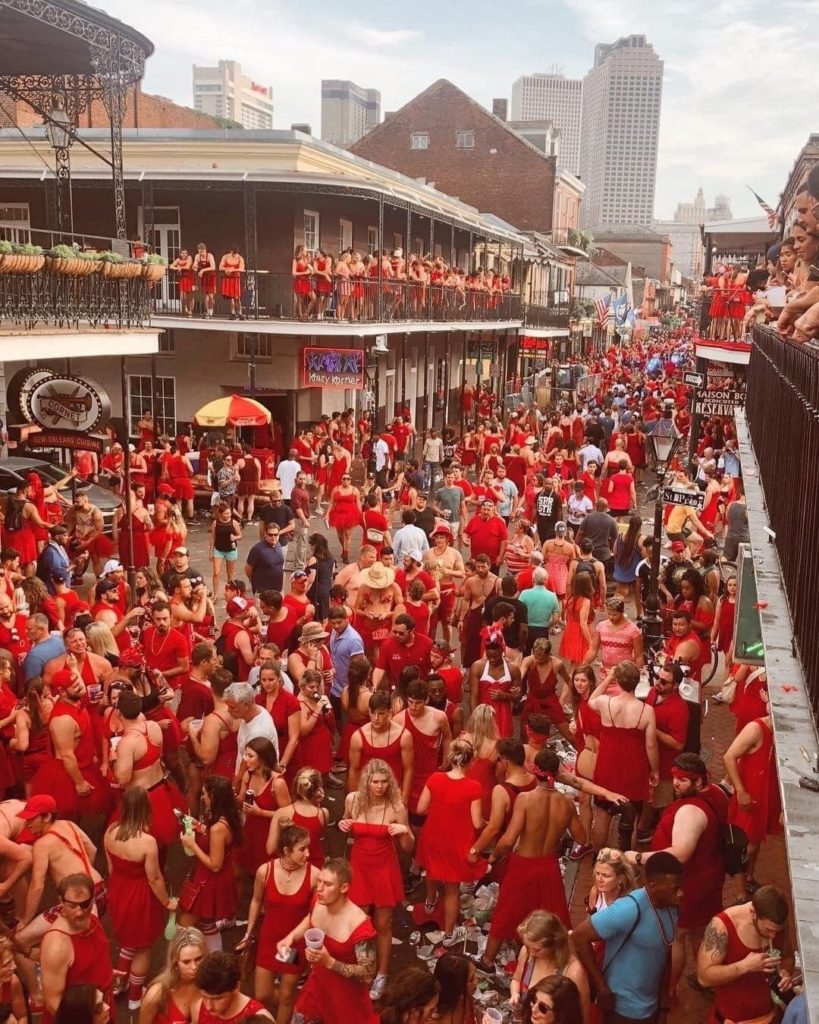