The Czech Republic is certainly a dog friendly country. You’ve probably noticed that by now. If you’ve got inspired and you’re thinking of getting your own four-legged friend, you have two options: either to buy a puppy, or to adopt. Yes – foreigners can also adopt.

Two members of our team, including the author of this article, have adopted a dog and definitely highly recommend this idea.

What should I know before adopting a dog?

1] You might need to prove you’ll be staying in the CR for some time.

Most shelters allow dogs to be adopted by EU and non-EU citizens, regardless of their type of residence in the Czech Republic. However, you can also come across shelters that refuse to give dogs to any foreigners, quoting bad experience (e.g. Shelter Tibet). That is their right: it is always fully within the shelter’s competence whether or not to offer you a dog for adoption, it is not their obligation to grant your wish, nor do they have to explain the reasons for refusal.

Most shelters will grant an adoption to a foreigner, though, they will still inquire about the length of your planned stay and your permanent address (not stay) in the CR. This is important because shelters want to be in long-term contact with the new owners of the dog and have the ability to check the conditions of where the dog now lives. For example, they’ll ask you to show a lease agreement or an employment contract for a longer period of time. That does not mean you can’t travel with your new friend – you can still cross borders and visit back home even with your dog, as long as they have a pet passport.

2] Be prepared for an interview

Most shelters require an interview before they’ll offer you a dog for adoption. They’ll check the conditions of your home – where the dog would live; they’ll ask about your experience with training animals and your ability to care for a dog in general. If they’re satisfied with what they see, an adoption contract is usually signed, which specifies conditions of adoption (e.g. mandatory neutering, regular visits to an agreed vet, allowing a shelter to check dog’s condition, etc.). 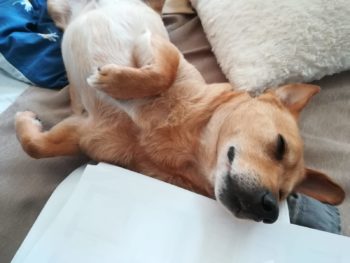 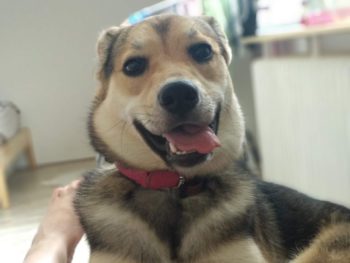 What if I don’t speak Czech?

Many shelters speak English. We know of Nebelvira’s help for animals and Pet Heroes/Handipet (which specializes in disabled, sick and abused dogs, and actually speak not only English, but French and Russian also).

Some shelters recommend that you come with an interpreter (e.g. Brno Municipal Police Shelter).

You can also search for dogs via this specialised search engine, or on Facebook groups as Psi k adopci, Inzerce psů a štěňat – adopce, Psi z útulku – nabídka.

How much do I have to pay?

The usually adoption fee is between 1,000 – 4,000 CZK. As a rule, you pay more for younger dogs and less for older ones. Actually, for older and handicaped dogs who are less likely to be adopted, shelters often don’t require a fee at all.

Plus, if you’ve adopted a dog and have an adoption agreement to prove it, you don’t have to pay the city dog tax for the first 12 months!

What if I want to adopt a dog but I’m in Brno only temporarily?

For such a case, we offer an idea: there’s such a thing as a temporary care: either until a permanent owner is found, or in case of elderly dogs, looking after them in their old days. Find more information for example at docasky.cz, or contact Andrea Černá from that organisation directly (she speaks English), at her phone: +420 777 866 555.

If you decide to adopt a dog, on behalf of the whole BEC team we thank you and wish you many happy moments together! 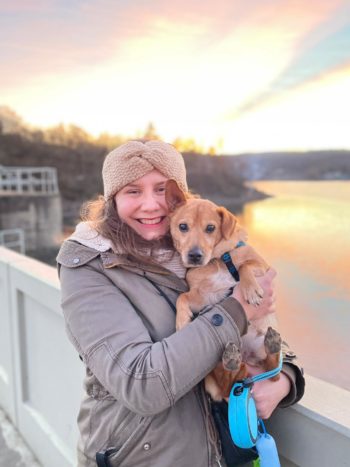 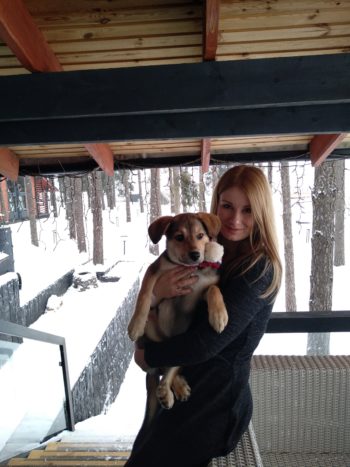 (These are BEC’s Beník and Maura)