The Public Greenery of the City of Brno installed a public electric grill near the traffic playground in the Lužánky park. The barbecue station, patented in Australia, is free of charge.

It is necessary to book a space via 733 643 301 (see the booking roster) as someone from the public greenery needs to turn the device on for you. Chances are that the person operating the phone won’t be able to speak English that well. If that is the case, please write to fuchsova@vzmb.cz in English. 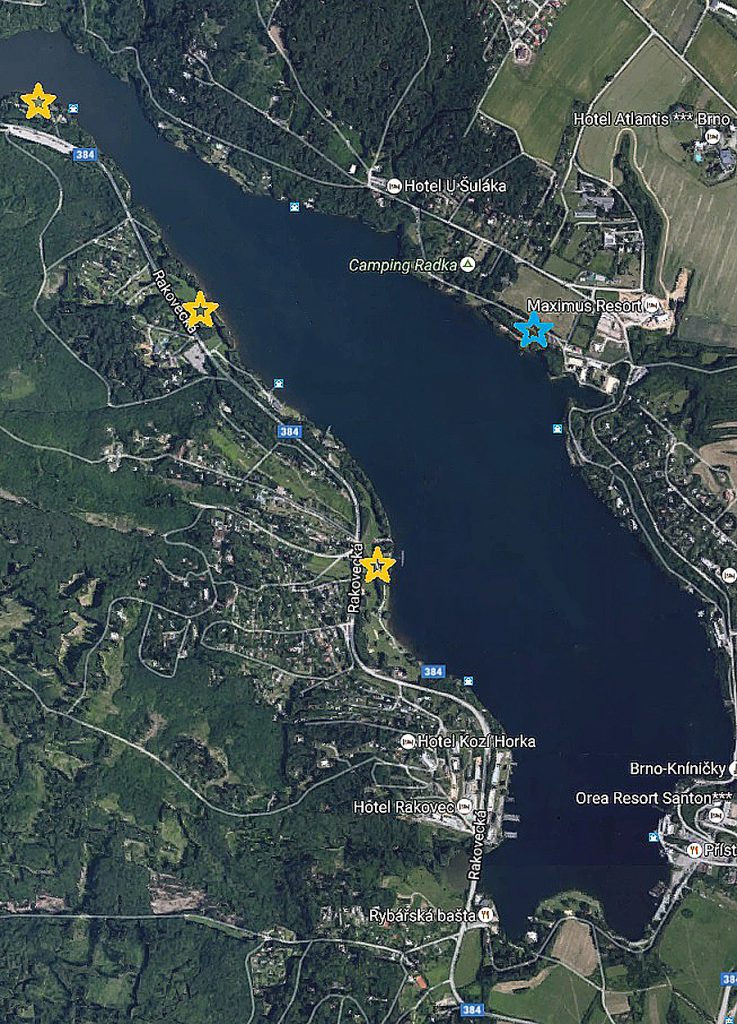 There are also three public BBQs at the Brno lake – at Rokle, Kozí horka and Pod Dymou; in summer 2017 a fourth one will be placed at Sokolské koupaliště.

You can also take your own grill outside. However, the parks managed by the Public Greenery, i.e. Špilberk, Denisovy sady (below the Petrov cathedral), Wilsonův les (in Žabovřesky), Koliště (behind The Brno House fo Arts), Tyršův sad (nearby Kino Art), and Lužánky are off limits.
Or just grill on your balcony or terrace, as long as you don’t bother the neighbours with smoke or noise.

Fancy a drink with your BBQ? People over 18 can drink in public, except in areas of the city where Designated Public Place Orders are in place. Basically those are all parks and public places stated here, plus sports fields, 50 metres around playgrounds and sandpits, schools, cemeteries and churches and medical institutions, public transport stops, and 100 metres around shops and shopping centres. But even at those places it is ok to drink alcohol on December 31 and January 1, as well as at times of celebrations and festivals. The City of Brno has launched this regulation in 2010 to reduce alcohol-related anti-social behaviour.

Don’t worry when having a glass of wine at a picnic in the park, though. Policemen assess each situation individually. “When you behave decently and don’t bother anyone, you will be alright. Otherwise you can get a fine up to 1000 CZK,” said Jakub Ghanem from the Brno Metropolitan Police.

With food and drinks you need to be careful on public transport, too. Unpackaged food and open containers with drinks are banned on trams, buses and trolleybuses by the Brno Public Transport Company (DPMB). Nonetheless, it has a policy in place that allows to eat and drink on boats on the Brno lake. There is just no smoking or jumping into the water.