Over at my website, Czech Film Review, I recently reached a landmark – after two years I finally posted my 50th review! Since the first Czech movie I ever saw was Closely Watched Trains, I thought I’d mark the occasion by taking a look at another Menzel joint, Cutting it Short.

The following article was first published on Czech Film Review. The film is currently available to watch on Czech Netflix with English subtitles.

Cutting it Short (Postřižiny) is yet another idyllic shaggy dog story based on a Bohumil Hrabal work, a rose-tinted yet ultimately kinky tale about the writer’s parents around the time that they conceived the future literary legend. Set towards the end of the First World War and shortly before the establishment of the first Czechoslovak Republic, it is a typically Menzelian joint lovingly satirizing small-town life, populated by a familiar bunch of cranks and oddballs.

The story centres on Francin (Jiří Schmitzer), an earnest accountant who has been hired by the local brewery to get their books in order and take the business to the next level. He sets up home in a spacious apartment on the brewery premises with his free-spirited wife Maryška (Magdaléna Vášáryová, who played the title character in Marketa Lazarová). She knows the way to a Czech guy’s heart, currying favour with the board of directors by slaughtering a pig and laying on a copious meat feast.

The board is made up of various pillars of the local community played by an impressive roster of great actors, including the inimitable Rudolf Hrušínský as a stern doctor and Petr Čepek as the uptight chief of the volunteer fire brigade.

The effervescent Maryška, with her blissed-out demeanour and Rapunzel-like hair, has a discombobulating effect on the notably male population of the film. The couple’s domestic happiness is disrupted by the arrival of Pepin (Jaromír Hanzlík), Francin’s brother who is home from the war. He’s a garrulous and shellshocked young man, probably a little deaf from his time in the trenches. His wartime afflictions played to comic effect, as he constantly shouts as he regales everyone around him with his stream-of-consciousness anecdotes.

Francin is not happy about his brother coming to stay, but the chilled Maryška finds a kindred spirit in Pepin, and their noisy childlike shenanigans cause consternation among the board. Their games result in the film’s best set-piece, when the pair fearlessly scale the brewery chimney, causing panic. 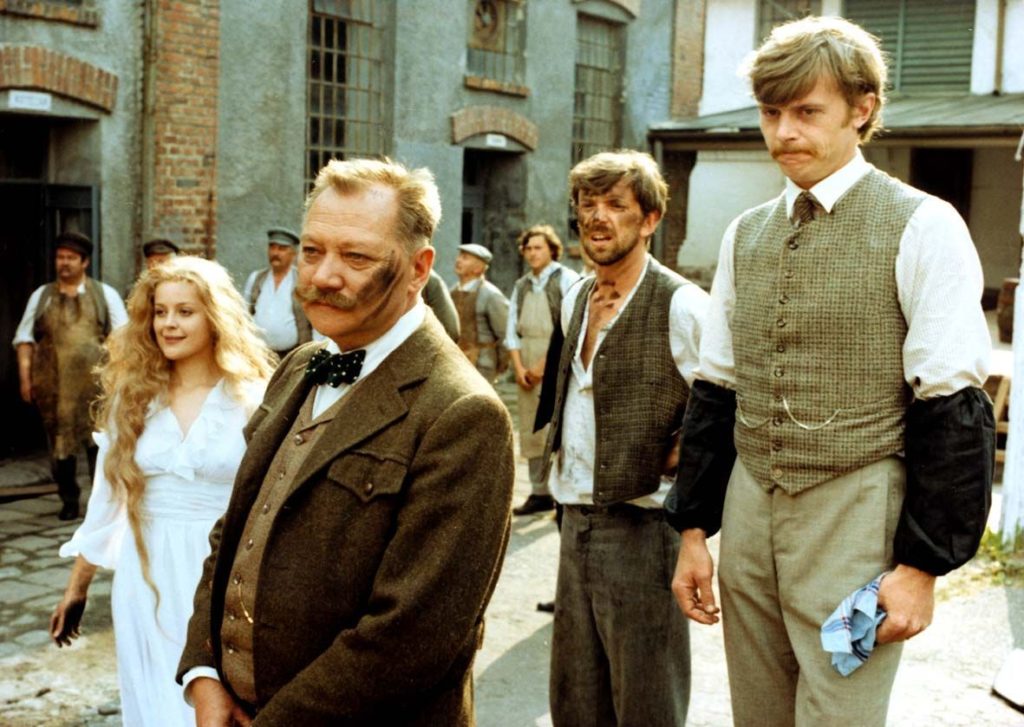 Cutting it Short is one of Menzel’s best-looking films, a sun-dappled dreamland of such simple Czech pleasures as beer, plentiful meat, sex, and glorious nature. Cinematographer Jaromír Šofr’s lens finds its muse in the captivating presence of Maryška. Vášáryová is absolutely radiant in the role, and the strength of her performance almost disguises the fact that she’s not a real character. She’s a Slavic Manic Pixie Dream Wife.

The term “Manic Pixie Dream Girl” has received some backlash in recent years, but Maryška certainly fits the archetype. Here’s the definition from the excellent TV Tropes website:

“She’s stunningly attractive, energetic, high on life, full of wacky quirks and idiosyncrasies (generally including childlike playfulness), often with a touch of wild hair dye [for Maryška, read wild, long, untamed hair]. She’s inexplicably obsessed with our stuffed-shirt hero, on whom she will focus her crazy antics until he learns to live freely and love madly.”

She’s like the pre-internet personification of the “perfect girl doesn’t exi…” meme that frequently does the rounds on Slavic life social media groups, adding some very Slavic upticks – she can eat her body weight in pork and chug multiple beers without wrecking her figure.

Not only that she seems very sexually attainable and, in the film’s eyebrow-raising conclusion, gets off on being spanked by her husband in front of his bosses. Now, I think it is often pointless to frown upon older movies by viewing them through a modern lens, but I did find it difficult to give the finale of Cutting it Short a pass from a common-sense perspective.

It seemed so sexist that it caused me to re-evaluate all the other Menzel films I’d seen to this point. It made me realize that many of his female characters solely exist as sex kittens there to brighten up the lives and stir the loins of his sadsack, downtrodden or frustrated male protagonists.

Sexual politics aside, Cutting it Short is also rather clunky in shoehorning the title’s multiple meanings into the last ten minutes. The advent of the new-fangled wireless radio cuts short the relay of information from Prague, Brno and further afield; new motorized trucks cut short the delivery times of beer from the brewery; and, in their typically puckish fashion, Maryška and Pepin take it literally and cut short the furniture by sawing off the legs. Lastly, Maryška cuts her hair, relinquishing her Samson-like powers and her feminine hold over the men, resulting in Francin exerting his masculinity over her with that last-minute spanking.

Cutting it Short is gorgeous and effortlessly entertaining, but the old-school sexism might rankle a bit too much if you’re of a progressive mindset. If you can deal with that, however, it may well slip down like a few excellent beers on a warm summer’s day.