Winter is definitely upon us and, after a challenging year, we head into a festive period that will be a more sombre occasion than usual. 2020 made headlines in many ways, but it is most certainly the year of Covid-19. I think it will be a time, like 9/11, that we will look back on in years to come and remember exactly where we were and what we were doing. The coming months will be a period of reflection but, with the shortest day of the year not far away and encouraging news in the fight against the virus, we can look forward to brighter days ahead in more ways than one.

With all this in mind, I wanted to pick a movie for you with suitable gravitas. František Vláčil’s Adelheid is not just one of my favourite Czech films I’ve seen to date, it was also one of my favourite films I saw all year, full stop. Shot in wintry hues, it is a tragic drama about two shellshocked, fatally star-crossed lovers who find each other amid the psychic fallout of World War II. It is the cinematic equivalent of curling up in front of the fire with a really good book.

The story opens in 1945, during the tumultuous expulsion of Germans from Czechoslovakia. The war may be over but it is a time of lawlessness and banditry as the liberated country tries to find its feet again. Troubled Lieutenant Viktor Chotovick (Petr Čepek) arrives in a small town after spending the war moving from place to place, longing to return to his home country. He is treated with initial suspicion by Sergeant Hejna (Jan Vostrcil, a familiar face from Miloš Forman’s New Wave stuff, including Loves of a Blonde and The Firemen’s Ball). It turns out that Viktor is in town with a job to do – he has an assignment to catalogue and manage a large isolated mansion.

The assignment suits Viktor because he is just trying to get his head together after the war. The mansion was once home to a wealthy Jewish family before Heidemann, a local Nazi party member, commandeered it for his personal use. What Viktor isn’t told is that the mansion comes with a cleaner and a cook – Heidemann’s daughter, Adelheid (Emma Černá), who is sent to serve Viktor while her father awaits execution in Olomouc…

Viktor has stomach ulcers and needs regular warm meals. Adelheid returns to the work camp every evening with the other Germans awaiting expulsion. She speaks no Czech (or at least, pretends not to) and Viktor only knows a few words of German. They are distrustful of one another, but both are alone in the world. An intense emotional bond grows between them. 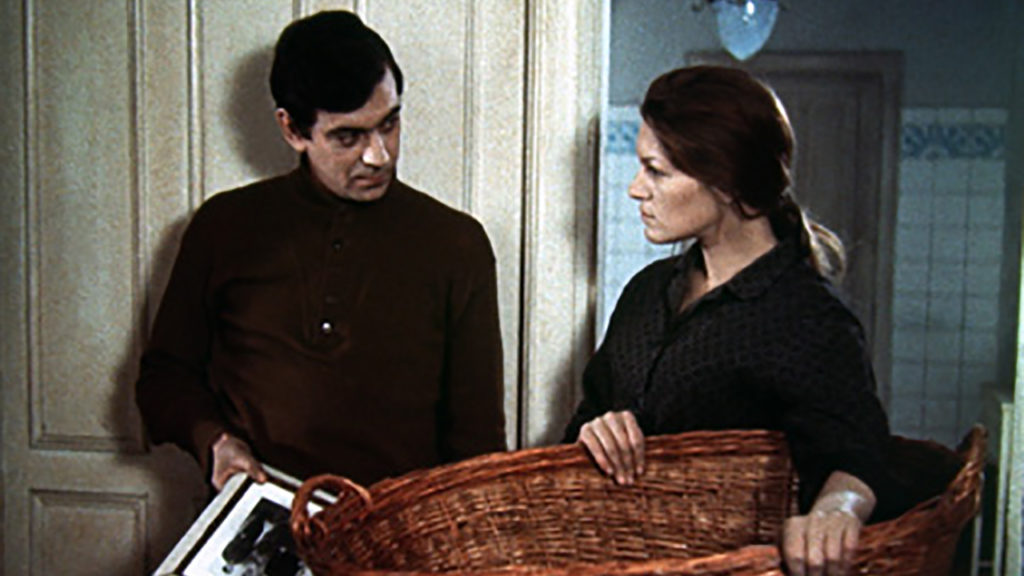 Tragedy stalks the two uneasy lovers from the outset. Hejna wants Adelheid to get shipped off with the other German exiles, but Viktor wants her to stay at the house with him, essentially buying her as a slave for a few bottles of cognac. Adelheid seems to have loyalty to Viktor, but there is the suspicion that she’s only playing along in her humiliating role while her father still has a chance of reprieve. There is also the small matter of Adelheid’s brother who supposedly died fighting in Russia. Now the war is over he might not be quite as dead as the authorities once thought…

Working for the first time in colour and brilliantly assisted by his Valley of the Bees cinematographer František Uldrich, Vláčil imbues every frame with a deep sense of sadness and loss.

After the stark high contrast black and white photography of his earlier films (The White Dove, Marketa Lazarova) it initially feels like an odd choice. He works with an earthy palette of dark greens, browns, greys and blacks that almost seems monochrome in its muddiness. It is as though the characters are so traumatized and suspicious of one another that they are almost lost in the frame.

Later, as Viktor puts aside his misgivings about Adelheid’s motives and his need for her grows, more contrast is introduced. He sees clearly now and there are fewer grey areas in the colour scheme. Later on, there is a startlingly beautiful shot of her, dressed in the black coat of the German refugees, making her way through a snow-covered avenue of trees. It is a revelatory image that could have been lifted straight out of one of Vláčil’s earlier black and white masterpieces.

Based on Vladimír Körner’s novel of the same name, the film builds with the unhurried narrative and thematic heft of a great literary adaptation. Initially, it is all about Viktor’s gaze as he notices Adelheid’s feminity and his arousal grows, spying on her as she goes about her duties. Once Adelheid becomes aware of him watching her, she starts watching him back. Trying to decipher her unreadable gaze is key to the fascination of her character. There are times when she looks at Viktor in a way that could be interpreted just as easily as hatred or desire. We, along with Viktor, are never sure about how she feels towards him, even in the devastating closing moments. 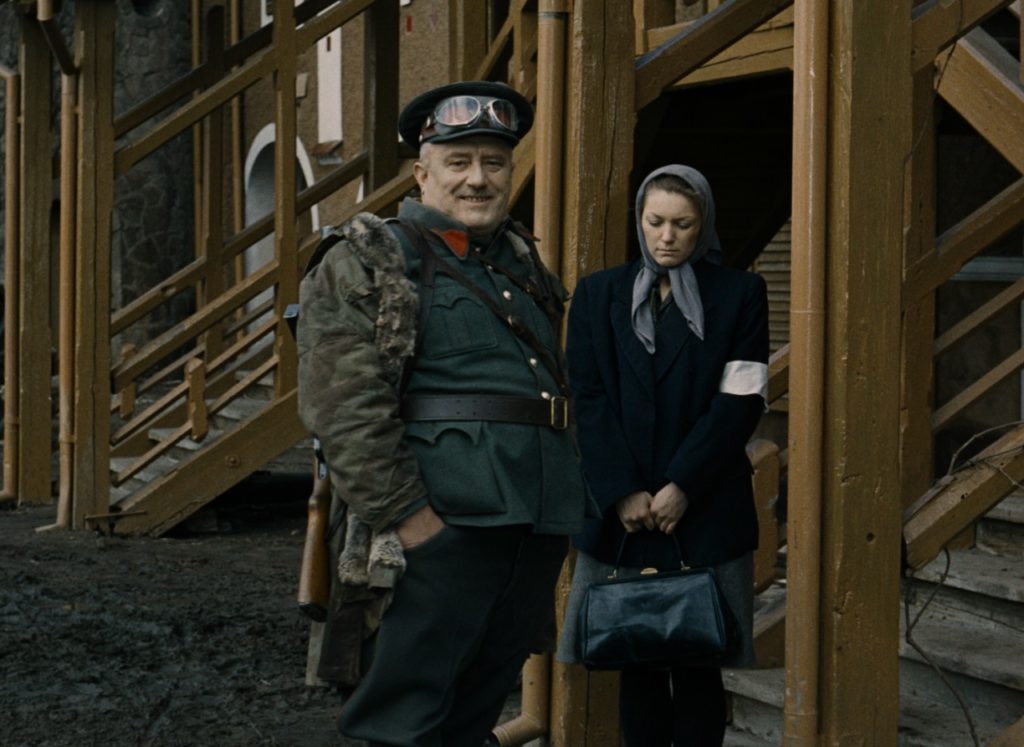 Čepek and newcomer Černá are outstanding as Viktor and Adelheid respectively, with weighty support from Vostrcil in a far darker, more complex role than his work for Forman. Čepek and Černá develop the growing bond between their characters through lengthy, almost wordless scenes, told through a series of glances which convey a wide range of feelings – sorrow, anger, despondency, arousal, trust, suspicion, and so on. It is breathtaking work, and the tension between them – not only sexual – is palpable.

Adelheid may leave some viewers cold with its funereal pace and mournful tone, and there is barely a moment of levity or humour in the entire film. These people are deeply traumatized and lonely individuals who have survived the war, albeit at a massive cost to their souls. However, those who buy into Vláčil’s pessimistic yet impassioned vision will likely find it a powerful and challenging tale. One that will reward repeat viewings as you try to unravel the strange mystery of its eponymous heroine.

Adelheid is available at the time of writing to rent or watch on Amazon, depending on your region. This article is a revised version of the review originally published on Czech Film Review.