When you meet an expat in Brno and you ask them what they do, the answer will probably be that they work at IBM, or Honeywell, or RedHat. But there are some expats that are revelling in the opportunity to do something different.

Two expats who have taken the creative route are Hattie Wragg (in the picture on the right), from the UK and Maria Nisu from Estonia. Who would have imagined that these two amazing young women, from very different backgrounds, would be working together to explore new artistic adventures in their recently opened studio on Gorkého Street?

Two years ago Hattie was living in London with her boyfriend, pursuing an English literature PhD at Oxford University and struggling to make ends meet. She was already making jewellery under her brand, Queen’s Wood Studio, when they decided to move somewhere cheaper. At some point in the job search, her boyfriend ticked a box ‘anywhere in Europe’ and Brno came up. They came for a visit and the rest is history as they say. ‘We fell in love with the city – the café culture, the more relaxed pace of life, the creative spirit of the people, the weather!’ Hattie said. Two and a half years later they are still here. 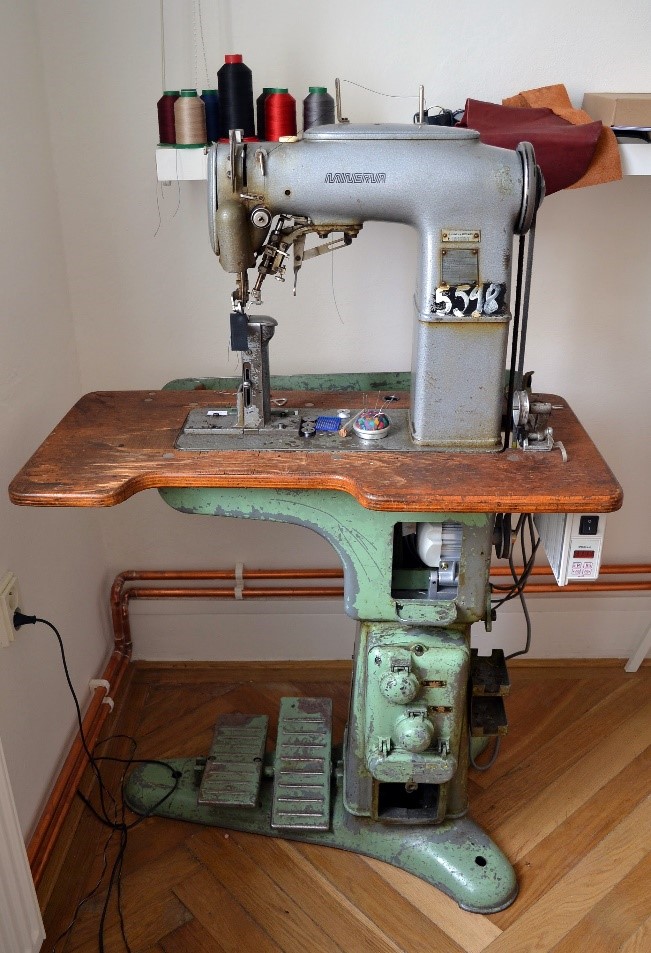 Maria studied leather art, leather accessories, and bookbinding at the Estonian Academy of Arts. She first came to the Czech Republic in 2012 as an Erasmus student in Zlin, studying shoe design for two semesters, and there she met her husband-to-be. A year later she returned to the Czech Republic, to Brno, to work as an intern in the design studio Minimom and later in Tallinn for the exclusive and well-known designer Stella Soomlais. Eventually she married, moved to Brno permanently and now has a young son.

Maria described how she started her first venture, under the brand name MANi Leather studio. ‘Firstly I had a tiny place at my mother-in-law’s house in a village near Olomouc. My sewing machine needs industrial power, so most of the time I worked in the basement’. The sewing machine has a story of its own. Maria bought it when she was a student in Zlin, from one of her teachers whose father had contact with a shoe factory that was closing down. Despite its 100 kilo weight, the machine has travelled back with her to Tallinn, then to her mother-in-law’s house and now to her new studio on Gorkého.

Both artists have a sustainability ethos. Hattie makes her jewellery from recycled silver and reclaimed vintage gems and Maria uses mostly leather offcuts. Although a long-lasting natural product, leather is tanned with very toxic substances and so Maria is determined to find a way to make her brand more sustainable. Sometimes she works with tiny bits of snake and fish skin, factory leftovers destined for landfill or the incinerator. ‘Fish skin is one of the best to use’ says Maria ‘as it generally gets thrown away as waste during food production’. A new product is vegan leather that is purely plant-based, for example, mushroom or kelp. However many of the products are still at the testing stage.

Nevertheless, Maria argues that it’s still better to buy leather items which are durable and look great for many years, rather than plastic based faux-leather goods which don’t last and have to be replaced next season. We all know about fast foods versus slow cooking. Well, now we need to reject ‘fast fashion’ in favour of ‘slow fashion’.

Since coming to Brno, Hattie has been inspired by folk embroidery, folk costumes (kroj), and by the New Year custom of fortune telling by pouring molten metal into water. Hattie calls this her #folkfuture collection and each piece comes with a ‘fortune’ for the person who chooses it. More recently, she has been inspired by the shapes and textures of Great Moravian jewellery. ‘There is an incredible permanent exhibition in the Moravian Museum in the Dietrichstein Palace – go check it out’ Hattie said. Because she loved the randomness of the pieces she created with water-casting, she has kept the element of chance in her latest collection using the age-old technique of casting in charcoal. This involves flattening molten silver between two charcoal blocks to get beautiful intricate shapes that are big, light and airy. 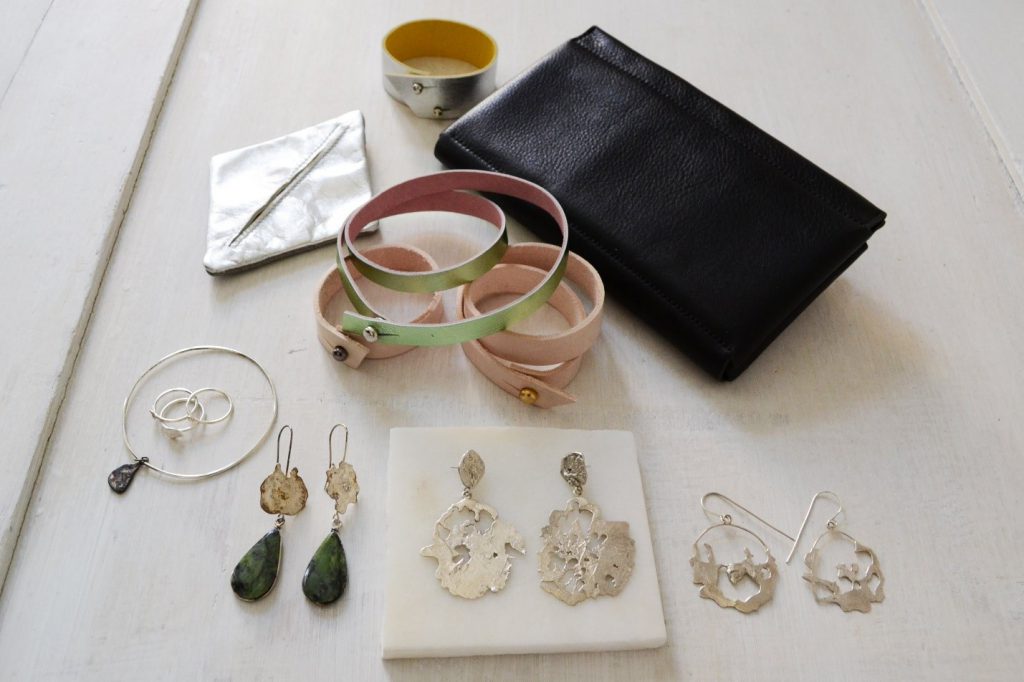 Hattie and Maria met last year at Brno Design Days and their first collaboration was a pre-Christmas workshop at the Moravian Gallery. They worked so well together that they supported each other to move on from working at home and face the challenge of becoming successful creative businesses. They found their studio in a workplace shared by other Czech designers and are planning more exhibitions and regular workshops. If you are interested in learning how to make things from leather and silver check out their Facebook group.

It’s hard being the partner of a person who moves to Brno for work. It takes time to find friends and people with similar interests, to establish a career or resume an old one. These two young women are an example to all of us that new beginnings can open doors that we never imagined. As Hattie said: ‘I still haven’t finished my PhD, but Brno has made it possible to follow my even older dream of making art for a living.’