BEC » Blog » We love Brno – but are we ready to make a long-term commitment? The Brno2050 Strategy encourages us to have “that talk”

“I came to Brno because I knew I wanted to live here forever.”

Said no one ever. People come here for university, or for an entry-level IT job, or (like me) to teach English for a while as an excuse to “see the world” – but hardly anyone imagines Brno as their final destination. On the other hand…

“I thought I would only be here for a year or two.”

I’ve heard this over and over again from many people – foreigners and Czechs alike – who’ve lived in Brno for five years, ten years, or more.

No matter how long we’ve been here, and no matter how much we say we love Brno, how great it is here, how cheap, how chill – many of us still can’t quite bring ourselves to admit that we’ll probably be here for the rest of our lives. That seems like way too big a commitment to this “velká vesnice,” this quaint little suburb of Vienna!

To commitment-phobes like us, it may come as a bit of a shock that Brno is starting to call our bluff – and asking us to think a bit more long-term.

Since 2017, the city has been creating a strategic plan for the development of the city, which they’re calling Brno2050. It’s an ambitious and fascinating project – and after reading about it and talking to some of the people involved, I have to say I’m pretty impressed by it.

For it to work, though, more people need to know about it – and those of us with Brno commitment issues might need to step up, and realize that the future city envisioned by the project could be (will be!) our city.

Put simply, it’s a plan for what Brno should look like and feel like in 30 years. That means that so far, it’s a lot of words and numbers.

Hopefully, over the next few decades, these words and numbers will be turned into actions around town, and into feelings and perceptions about Brno around the world.

The initiative has a nice-looking website in English, with good translations of all the main documents (and images of cute little kids wearing Brno colors, reminding us that the project’s aim is to create a better city for the next generation).

Unfortunately, the key info is sort of scattered around in various PDFs. To save some time, just head straight to the one called “Complete Vision #brno2050” (in PDF here). The spirit of the whole endeavor is nicely summed up there, in the intro:

Close your eyes for a moment … And imagine that you are in Brno – but in thirty years’ time. The year in the calendar is 2050. Your children have grown up. You have a few extra wrinkles. And Brno…what will Brno actually be like? What city do we want to deliver to our children and to our children’s children?

To get some answers to these questions, several years ago the city assembled a group of people from various fields and asked them to help develop the city’s strategic plan. After about a year and a half of meetings and public debates, the group came up with a list of 23 “values” that they hoped the city would embody more fully by 2050. For each of these values, there is a more specific set of “goals” the city should reach, and for each of those goals, there is a very specific “indicator” – a quantitative measurement that will show whether the goal has been reached.

Each of the values has a “guarantor,” a person who should make sure that value is upheld and strengthened as the city develops.

The values are, of course, worded rather broadly. And most of them are pretty unsurprising – for example, Brno should be a “Safe city,” a “Healthy city,” a “Clean city,” and an “Educated city.”

But there are also some more striking choices; for example, Brno should be a “City of sports,” a “Cohesive and respectful city,” a “City with affordable housing,” and an “International city.” 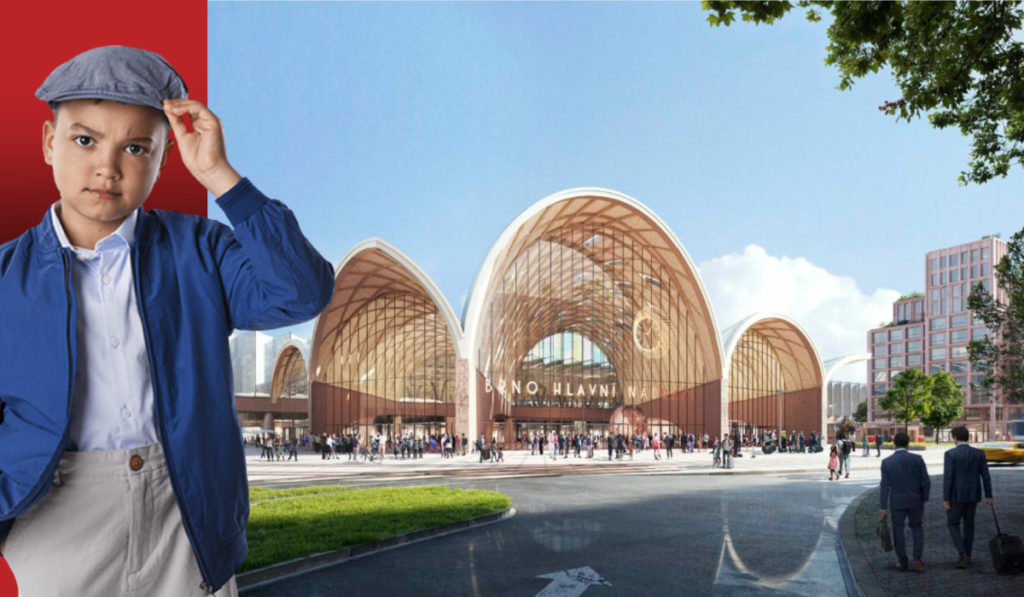 Many of the goals are worded in vibrant and catchy language. According to the vision, in 2050 Brno will have “emerged from international anonymity.” It will be a “city of short distances,” and an “urban laboratory” of “citizenship scientists.”

But to me the most interesting aspect of the whole thing is how these high-flying ideals are grounded in specific quantitative indicators for each of the stated goals. These indicators are laid out in charts in the “Complete Vision” PDF. Some of the indicators are “soft” data from public opinion polls, while some are “hard” numbers related to prices of commodities, say, or levels of pollution. Some goals aim for specific numerical targets, while others just call for an overall increase or decrease.

For example, under the value “City with affordable housing,” the charts reveal that (as of 2020), to purchase a 60-square-meter apartment in Brno, you’d need 101 full monthly salaries (on the Czech average wage of CZK 35,715). The stated goal is to reduce this number by 2050.

Under the value “Cohesive and respectful city,” one of the indicators is a poll that asked residents, “Can people be trusted in Brno?” The latest survey showed that only 59% of respondents said “Yes.” By 2050, this should be 90%.

Some of the indicators are rather ingenious ways of quantifying abstract ideals. For example, one of the goals is to “Increase solidarity and corporate social responsibility.” To measure this, the project will look at how much money people and companies are writing off on their tax returns as gifts to charity.

But after reading through all these nicely-worded ideals and detailed data, I wondered how exactly the project would be transformed into reality, and who would be responsible for seeing it through.

Who will make sure Brno2050 really happens?

To find out, I sat down with Martina Pacasová, the Head of Strategic Planning for the city. She’s been working at city hall for about 6 years, and has been guiding the Brno2050 vision from the very start.

She told me that turning the values and goals into concrete actions will certainly be challenging. For one thing, there’s no money from the city budget specifically allocated for the strategy as a whole. So for the goals to be turned into actionable projects, support will have to come not only from the city, but also from regional and national governments, companies, and other organizations.

She also stressed that Brno’s strategic plan is a novel concept – not many other European cities have such a plan. So it might take some time, and some good PR (like the Chytré Brno Facebook page), for the idea to catch on.

However, she said that there are strong signs that the strategy is gaining traction. In 2021, an updated “Action Plan” was published, detailing the specific projects that will get underway in the next few years under the plan’s guidance (here’s the PDF in English, or the much flashier website version,  Quo vadis, Brno?  in Czech).

One of the strongest aspects of the plan, she feels, is the committed group of 23 guarantors, who have worked hard to assure that the plan has stayed intact through political changes and upheavals like the Covid pandemic. 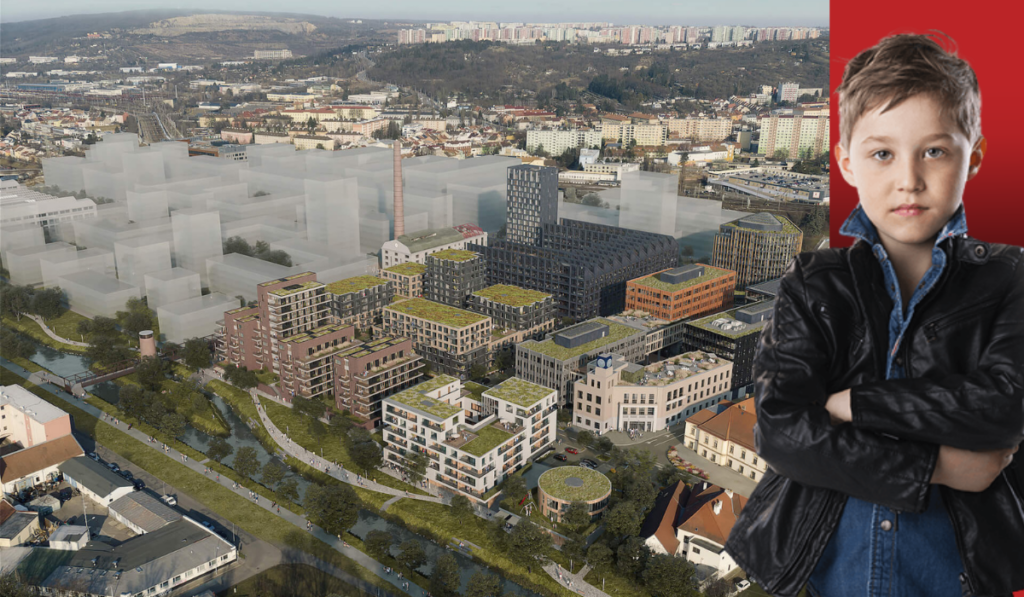 That optimism was seconded by the Brno Expat Centre’s own Don Sparling, who is the guarantor for the “International city” value.

He told me that when the new city administration took over in 2018, there was an extensive review of the Brno2050 strategy, and he and the other guarantors were asked to rather painstakingly justify each of the values and goals. Ultimately, however, the city hall affirmed the original strategy, making only minor changes. He and the other guarantors have continued to meet every six months or so, despite disruptions like the pandemic and the war in Ukraine.

In the end, though, while acknowledging the hard work of city admins and guarantors, it seems to me the main responsibility for seeing the plan through will be on us, the residents of Brno.

The Brno2050 strategy is a clever and inspiring set of values and goals – but for it to become real, we’ll have to be vigilant, and make sure the people in charge stay committed to it.

Ms. Pacasová told me that the updated data for each of the indicators will be published by the city data department in early 2023. So that will be a good chance for us to see what progress has been made so far.

And for those of us who are used to only thinking a year or two ahead, enjoying our life here, but at the same time idly and vaguely dreaming of a different future in Prague, or Berlin, or Barcelona – it might be a good time to make a bit more of a commitment to this city we love. By projecting ourselves (with a few more wrinkles) into the Brno envisioned by the Brno2050 plan, we might see how to get to a better city without having to move anywhere.

Joe Lennon first came to Brno in 2006, and every now and then he thinks up a new story to explain his continued presence here. He is an assistant professor at the Masaryk University Language Centre, where he teaches English and Writing. You can read more of his writing about Brno on the Brno Daily website. You can also watch this space for more of his blog posts about what’s happening with (and for) expats in Brno.

Pictures courtesy of the City of Brno.