BEC » Blog » Brno’s participatory budget: A great idea that could be greater (for expats)

This may seem like an odd thing to say in a blog written for the Brno Expat Centre – but I don’t like being called an “expat.”

When I hear that word, I imagine privileged 20-somethings living abroad for a few years on their parents’ dime while they run “consulting firms,” or not-so-starving artists living in loft apartments in Paris or Berlin. Or Prague.

Yeah – expats live in Prague, not in Brno!

But I don’t blame the Expat Centre for their name – after all, what synonym could they use that doesn’t have even worse connotations? “Foreigner” and “immigrant” are often dirty words in English.

But anyway, others have already written about this problem of what to call strange people like us who willingly go to live in another country – and I’m not bringing it up just to rant.

I’m bringing it up to say that – after living in Brno for more than 6 years, and planning to stay – I would love to be seen as something other than an outsider, a stranger, or a tourist in this city which I call home.

I know that’s true for many of us who have come to live in and love Brno. We are eager for ways to integrate, to be a part of the local community, to learn about what our Czech neighbors want from their neighborhood and their city – and to have a voice in those discussions too.

The city’s participatory budget, which will be open for a new round of voting throughout November, could be a great way for foreigners, expats, immigrants, and other wannabe Brňáci to get more involved in the life and development of the city.

That is, it could be – if you’re eligible to participate (more on that below).

The participatory budget (participativní rozpočet, or PaRo), which the city introduced in 2017, is branded on its website as part of the initiative Dáme na vás, which means something like “We leave it up to you.”

Here’s how it works: Anybody can propose a project that would be beneficial for Brno. They type up a short proposal and submit it. There are various rules (for example, the project can’t take more than two years to prepare, or more than a year to actually implement, and it can’t cost more than 5 million CZK).

The proposed projects are displayed on the website. During the initial round of voting, a project needs to get at least 300 likes online (or 30 old-school signatures on paper). The city then decides which of the liked projects are actually feasible, and after that, the final round of voting begins. Each voter has 5 “up-votes” and 2 “down-votes” to spread among the projects.

The projects with the most votes win, and the city implements them. There’s a 35 million CZK cap on the budget, which means at least 7 projects will go through (but probably more than that, since not every project reaches the cost limit).

Last year 13 projects made the cut; you can see them here. The three most popular proposals were to construct a walkway and bike lane at the dam, to build a wooden footpath on Kamenný vrch to protect the fragile flowers there from getting trampled, and to “green” the main station by planting grass on the roofs of the stairways to the underground passages. You can see how these and other projects have progressed so far on the Project Realization page. 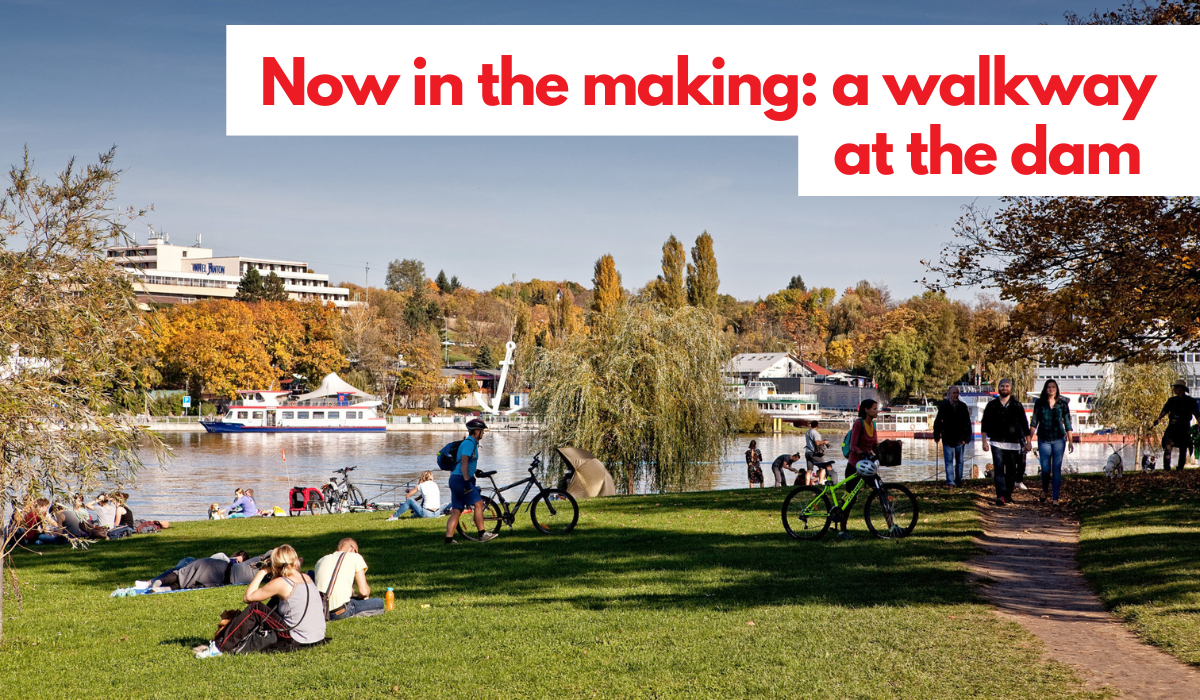 The Project Gallery is fun to explore, and it gives you a good idea of the scope and the variety of this year’s proposals. The projects are displayed attractively, with nice illustrations. Each one is color-coded for the kind of project it is – purple for projects related to kids, blue for those related to transportation, etc. One nice feature of the Gallery is that you can filter the results, so you can see, for instance, just the projects proposed for your district, or just the ones about sports.

You can also see the projects that failed the feasibility study or which didn’t get enough likes. Some of these are charmingly goofy – like the proposal to search for a possible ruined castle in the woods of Žebětín.

This year, 47 projects were deemed feasible (proveditelný) and got enough likes to make it to the final round of voting. A few of these look really interesting – like the proposals to support children and women undergoing cancer treatment, or the proposal to build open-air work stations in parks (these will be great for expats doing independent consulting work!). On the wilder side, there’s a proposal for a “Festival of 29 Slavic Nations” which would celebrate the food and music of various stateless Slavic groups, such as the Podolians and the Carinthians (and of course, the Moravians). 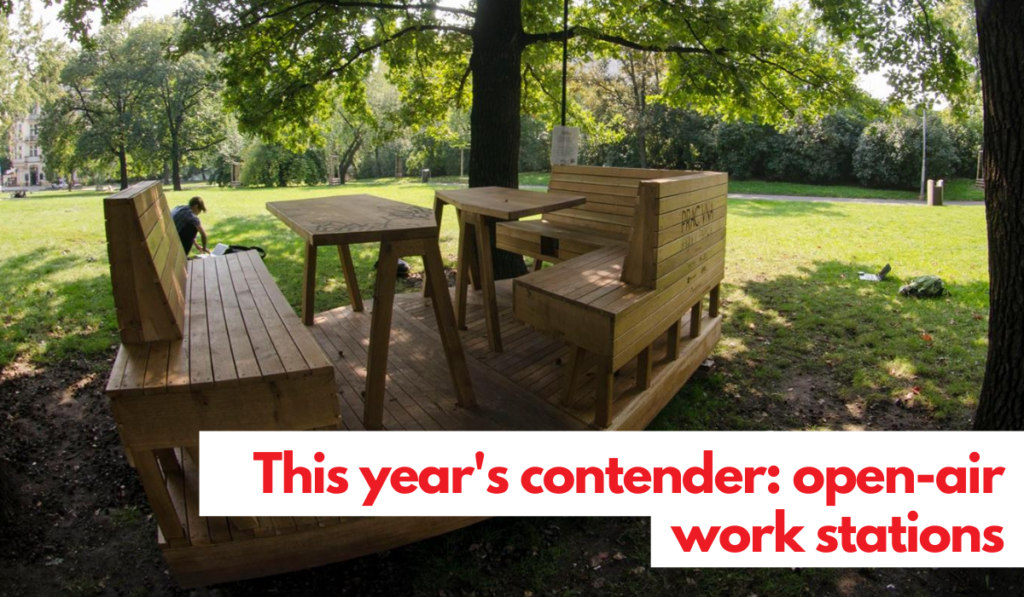 The whole thing looks fantastic. One of the main purposes behind the initiative is to get more people excited about, and invested in, the development of the city. And like I said, it seems like it could be an especially nice opportunity for expats/foreigners/ to feel more involved in local issues and interests.

There’s just one catch – the right to vote in the budget is strictly limited to Czech citizens, or non-citizens with a permanent residence card (trvalý pobyt) issued by the Czech government, with a Brno address.

(By the way, if you’re an EU citizen who’s been here for at least five years, you can apply for permanent residence, with no need to take a Czech language exam. Maybe now’s the time!)

Here’s how to vote for the budget, depending on your status:

1] If you have Czech citizenship, you’re golden. Simply sign into this website with your ID number and date of birth. There’s a voting help page with a video and detailed instructions. The voting is open until 30 November.

2] If you’re not a citizen, but have permanent residence, the process has one more step to it. You either have to go to the city hall and show them your ID, or email a photo of your ID to them (addressed to damenavas@brno.cz. Simply write: I wish to vote in the Participativní rozpočet). If your credentials are in order, you’ll be given access to the voting page (and can vote until 30 November).

3] If, like me, you’re not a citizen and don’t have permanent residence yet – well, weirdly enough, we are still eligible to propose a project, even if we can’t vote on it. According to the website, anyone who’s 15 or older and “lives, works, or studies” in Brno can submit an idea.

So if I may propose something…

Why not let more of us vote?

I think the city should consider opening up the budget voting to anyone who is registered as a long-term resident of Brno – including EU citizens who have registered here, and non-EU folks with employee cards or other long-term visas.

The right to vote should be kept sacred, and I respect the city’s need to have control over its purse strings. But I think the benefits of letting more registered foreigners vote in the participatory budget would far outweigh any risks.

First of all, let’s put the numbers in perspective. The allocation for the participatory budget is 35 million CZK, out of a total city budget of over 15 billion. So that’s about 0.2% of the yearly budget – relatively small change. That’s a good reminder that the participatory budget’s value is largely as a gesture. It’s meant to show that the government is listening to residents, and inviting them to get more involved in the community. In the end, it’s about public relations, not about huge financial or political decisions.

Second, I doubt that opening the voting to long-term residents would bring in a flood of irrelevant or irresponsible votes. If anything, it would be the opposite. As it is, the number of participants is low – last year’s winning project got votes from only 2774 people. You would think the city would want to boost those numbers. I imagine the majority of that very small minority of citizens who voted are people who are genuinely interested in making their city a better place. There are many foreigners living here who have just as much stake in this community as anyone. We might bring in new and creative ideas that the whole city would like.

The participatory budget has a lot of potential. It’s a relatively low-stakes, and low-cost, way for the city to build better facilities and programs for its residents. But more importantly, it’s a way to build better relations – between the government and Brno residents, and also among the residents themselves. Whatever we’re called – expats, foreigners, immigrants, or otherwise – we are already part of the neighborhood. The city should realize that the PaRo could be an easy way to help more of us feel like neighbors.

We at the Brno Expat Centre are planning to present Joe's arguments to the City, and advocate for long-term residents to be able to cast a vote, too.

About the author: Joe Lennon first came to Brno in 2006, and every now and then he thinks up a new story to explain his continued presence here. He is an assistant professor at the Masaryk University Language Centre, where he teaches English and Writing. You can read more of his writing about Brno on the Brno Daily website. You can also watch this space for more of his blog posts about what’s happening with (and for) expats in Brno.

Pictures courtesy of the City of Brno.