Welcome to another episode from our Brno Expats Have Talent series. Brno is full of talented people, and some of them are not from the CR – we’re introducing one talented expat at a time!

This month, meet Anne who brings together dozens of local expats and, among many other things, inspires them to activity in theatre and comedy:

Anne Johnson from the USA – theatre director and performer

How long have you been performing?

When I was little, I took dance classes and put on shows in front of the fireplace for my long-suffering parents. I wrote my first play, Prices and Taxes Are Going Up, before I was 10. As a teen in California, I performed in a Rocky Horror shadow cast with a group of like-minded creatures of the night. In Japan and later here in Brno, that desire to tell and act out stories became part of my teaching. Then I got busy with the demanding roles of motherhood and self-employment, and I have only come back to public performance in the last few years. 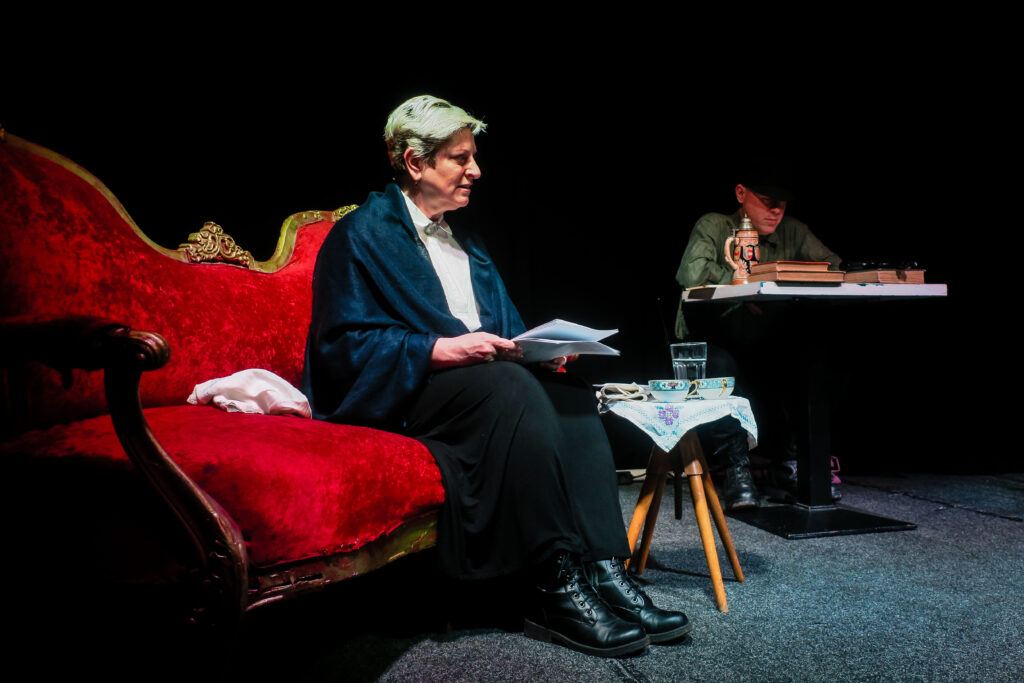 Is it your main source of income or a hobby?

Stand-up comedy is a source of some income but I actually love my full-time work as an editor. Managing the theater and the open mics are, in my mind, something between a hobby and community service.

How do you find living in Brno as an expat and artist?

When I left the US, I thought I’d be giving up performance, because so much of my approach is verbal and I knew I’d never learn another language well enough to play in it the way I can in English. The increase in English fluency among Czechs and expats in Brno has reframed the options. I love this town and being able to do almost everything that occurs to me is one of the many reasons why.

Is it easy to practise your art here?

I’ve been incredibly lucky! I expect the main barrier would have been language, but now I speak Czech well enough to do things like negotiate contracts with venues and many more people speak English so performing in English makes sense. 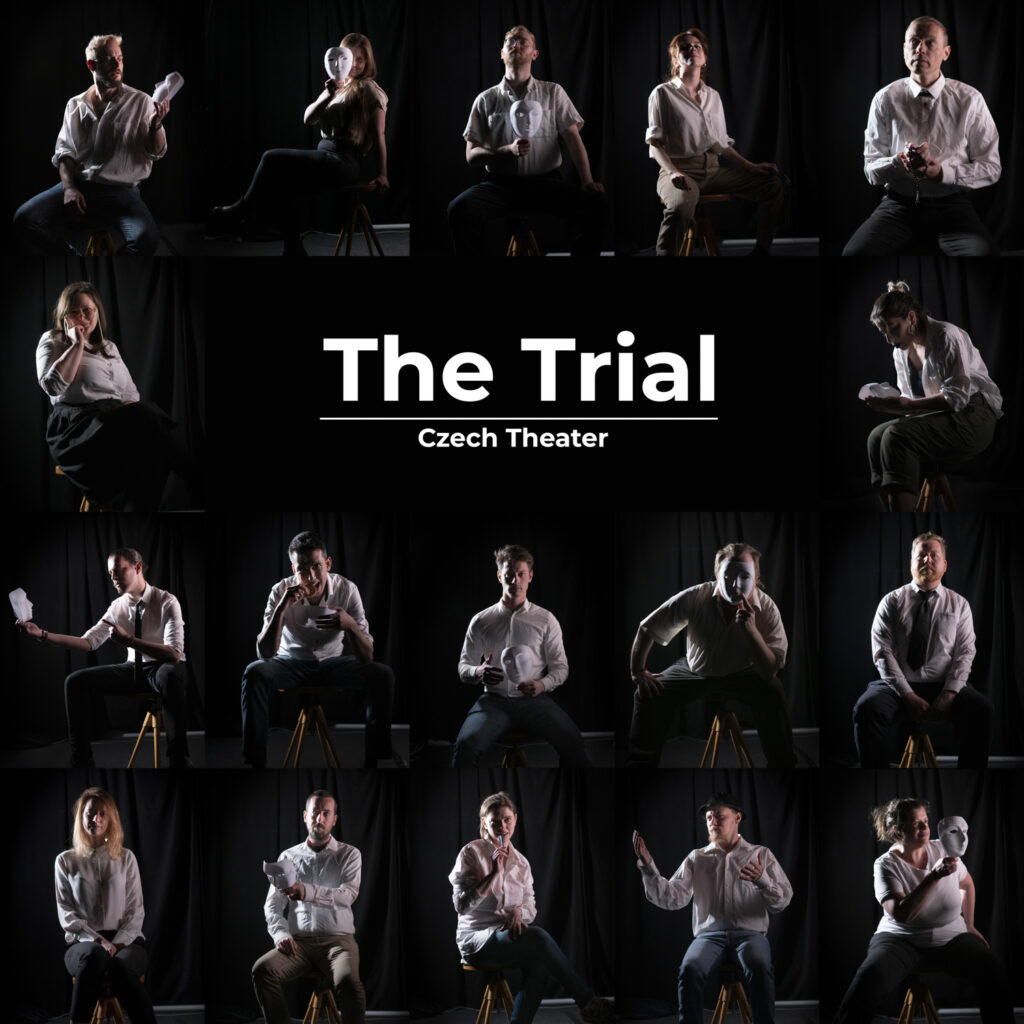 Where do you find inspiration?

For Czech Theater: I have always loved going to the theater, but here it’s often hard for me to keep up with fast dialogue. Part of the inspiration for Czech Theater was simply my desire to see Czech plays. And I read two books by Barbara Day (a British woman who originally came here in the 60’s), about the history and significance of Czech theater, and that made me feel that what we were doing was not just fun, but also important.

For Comedius: the actors from Czech Theater change with every play but their desire to play together, to perform and entertain each other, has been constant. Their creativity is delightful. So I started Comedius mainly for them, and it expanded to include people beyond the theater, which has been fantastic. And (with a few exceptions) the performers and audience prove every month that you can be brilliant without being cruel. That’s definitely inspiring!

For my own storytelling, the advice to tell the kinds of stories you want to hear has been a guidepost. I’m interested in what connects us, and so I try to tell stories that are both personal for me and relatable for a range of people.

Do you cooperate with other expats or local Czechs?

I could not have started Czech Theater, z.s. if Aaron Collier hadn’t jumped with me. And Czech Theater and Comedius are both magical blends of expats from a wide range of countries, Czechs who have moved from other parts of the country, and native Brňáci. 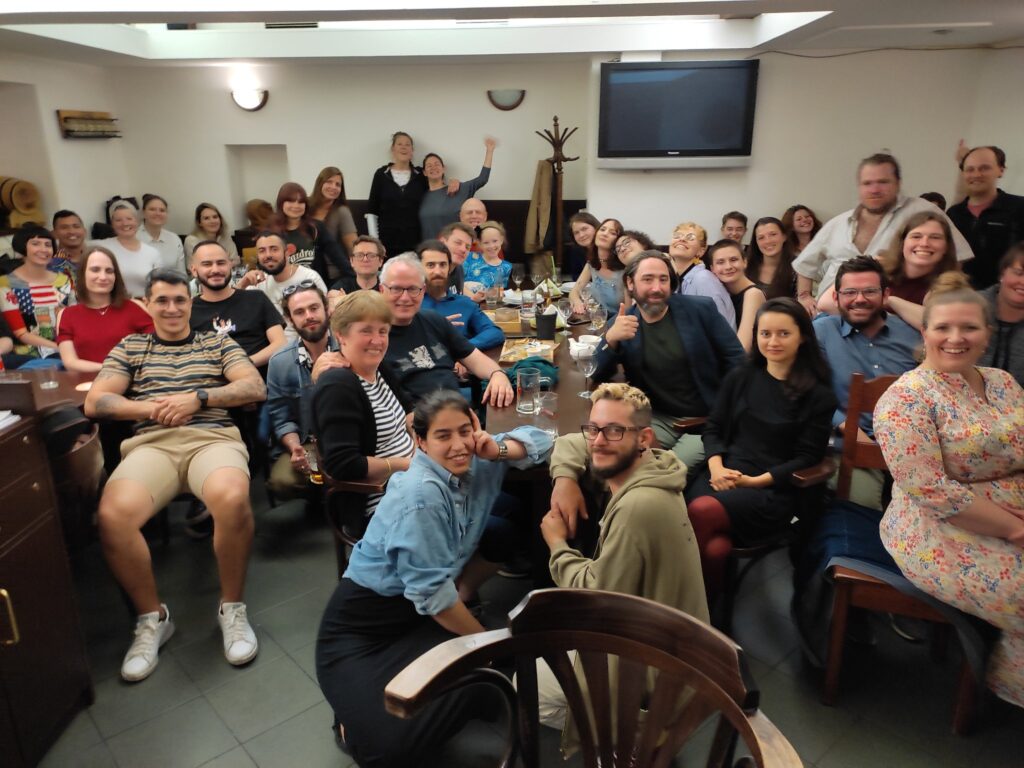 Where can people find you and your art these days?

Czech Theater is setting up a new home at VESNA, Brno’s space for single mothers and families in need. VESNA has been doing tremendous work with Ukrainian refugees (many of whom are mothers and children). VESNA is in an old school with an auditorium, and we’ve moved in. Coincidentally, several of our plays (including Jenufa, B. Proudew, and our upcoming play Poker Face) have featured single mothers so we’re happy to be connecting with VESNA to keep the drama on the stage and help reduce the drama in the real world.

Comedius has a show on the final Friday of every month and we’re currently at Montenegro pub on Kotlářská.

While some public events have been put on hold for a long time, the people who have art and creativity as part of their lives are still here. We decided to highlight them through the interviews in this series.

We bring a small snippet of their art to you through a short video and you can decide to seek out their performance, exhibition or concert in Brno. In the coming months, we will publish interviews with people from various fields – musicians, creative artists, dancers, performers, designers. We hope you’ll enjoy this series! Feel free to drop us a line with your feedback or suggestions of people or fields. - Needless to say, interviews with some of the above-mentioned staples of the Brno expat cultural scene are certainly in the pipeline. 😉