As an expat, how did you end up in a middle-sized city in the middle of Europe? Did you even know that Brno existed a few months before you moved in? Could you have pointed to the Czech Republic on a map? (Of course, you could have.) Did you never mistakenly call this country Czechoslovakia? (Another stupid question, sorry.)
In other words, how did it come to pass that you have come Through Brno?
Was it for adventure? A job? Love? Was it political disenchantment with the government back home that pushed you out into the world? Did you come for the beer? Or did you come to Brno for university study that turned into a job that turned into a marriage that turned into a family?
Maybe it was a spontaneous decision made in a bar.
My guess: it was essentially as random as the flip of a coin. 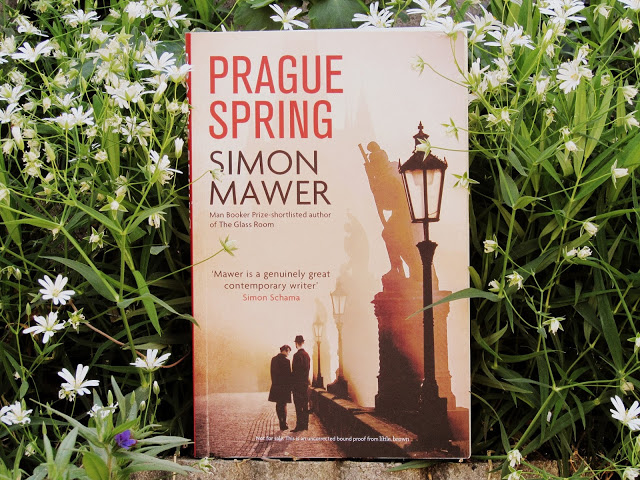 Simon Mawer, the celebrated British author, has just released his latest book and it deals with just this question: How does one end up where they end up. To make it more interesting, he throws in a bit of history.
“Prague Spring” has two narratives that neatly converge in Czechoslovakia during August 1968 when the country was experiencing the liberalization of socialism with a human face. It seemed as if the Cold War was warming, as though there was room for freedom and culture.
One narrative follows a career diplomat, Sam Wareham, the first secretary at the British embassy in Prague, and works on the level of international relations. The other narrative follows two British students, Ellie and James, as they toss a coin to decide the direction in which they will hitchhike through the European continent. Everyone ends up in Prague and everyone is part of the action as the country comes crashing down.
August 21, 1968 — a half century ago — was when Soviet Secretary General Leonid Brezhnev sent half a million troops of the Warsaw Pact into Czechoslovakia to put an end to the liberalization of the Prague Spring. As the country slept, the troops moved into Prague and Brno and other strategic locations. There was little resistance.
The occupation resulted in thousands of people leaving the country, the borders were soon sealed and the Communist government stayed in charge for another 21 years until the Velvet Revolution of 1989.
“Prague Spring” follows its characters as they maneuver through the dramatic events of that month. It is a gripping and exciting story. The characters are well-drawn as multidimensional and complex people, and their actions are realistic and believable. The ending offers satisfying closure to the whole ride.

Full disclosure: I read Mawer’s “Mendel’s Dwarf” when I lived in New York City and it is one of the (random) reasons that propelled me to move to the Czech Republic. Once I settled in Brno, I read “The Glass Room” to gain an appreciation for its architectural inspiration, Villa Tugendhat, and get a feel for local life. Then, for the first year of the Brno Short Story Writing Contest, Mawer was the perfect fit to add some star power to the jury; he provided critiques and opinions while putting the finishing touches on “Prague Spring”. Click here to read a question-and-answer interview from 2017.
Mawer has lived in Italy for decades and he brings an expat sensibility to the drama in “Prague Spring.” That, I think, is what I like most about the book. It was enjoyable to vicariously follow the characters, feeling as though I were hitchhiking through Europe in the 1960s and contemplating the viewpoint of a diplomat playing a role in the geopolitical situation.
What would it have been like to hitchhike across the Iron Curtain? What were the details of how a country tried to break free from Communism? How would you communicate when so few spoke English? What is it like on the ground while history is being written? The step-by-step plot turns to allow for a greater appreciation for how it must have been to live through those days.
The current expat experience is anodyne compared to that of the late 1960s. We don’t know how good we have it in Brno in 2018, what with GPS on our smartphones, open borders and every third (or fourth?) Czech person speaking English.
The old days are gone. Except in books.

I am a sucker for reading books and watching movies about the places where I live. I feel that it gives me a valuable perspective for understanding the people and how present-day reality developed.
“Prague Spring” is based mostly in Prague, which, given that it is the capital, was the understandable epicenter of the action. Nevertheless, Brno and its airport were also significant targets during the invasion. Tanks rolled through the streets here, too. “Prague Spring” recreates the atmosphere that permeated both cities and the rest of the country. It puts the reader on a rollercoaster ride and keeps them there as the crest breaks from hope to despair.
That atmosphere can still be felt in this country. And “Prague Spring” is an expat story that speaks to those of us who have, somehow or another, ended up coming through Brno.