My name is Bruno. Everywhere that I have gone that name has enabled me to stand out just a little bit. I am not John or Matt or Tom or Dave. I am Bruno. People remember that name.

Here, in the Czech Republic, I am also somewhat unique because I am an expat. Clearly, when I arrived in May 2006 I was not the first American. But my nationality and upbringing has generally made me different.

On top of that, for a dozen years as a teacher, I was part of the special class known as “Native English Speaker”. Students of English want to learn from a native; language schools want to advertise having native speakers; so, if you are a native-speaking teacher of English, you won’t go hungry (even if you have limited knowledge of grammar, terrible class management and no ability to maintain meaningful conversations).

It is great to be unique.

Lately, however, I have realized that I am no longer so special. Uncommon names are becoming more popular. American culture is old hat. And students know that non-native speakers can be just as good at teaching English.

This non-unique realization came to a head earlier this year at a local pizza restaurant. My family and I got a table near the kid’s corner. I sat so that I could watch my kids play.

My reaction to his existence was visceral. Disgust is too harsh. Disappointment or annoyance are not exact. Probably, best would be: the onset of existential depression. I had been reduced to an archetype: middle-aged white guy, comfortable within the Czech environment, corralling his toddlers in a restaurant, speaking English well.

I’m sure he is a good guy. I’m sure that he is a fine father and an excellent employee and an upstanding member of the community. I’m sure that we would have fun talking to each other over a few beers, probably even become friends.

But it got worse. Halfway through dinner, I realized that his daughter had the same name as my daughter. As noted, I am proud of my unique name; I had tried to give my daughter a non-ordinary name, too. It had just lost some luster.

Then (oh, yes, there’s more), as we left the restaurant, I watched my doppelgänger and his family pull out of the parking lot: His car was a grey version of my red one. Same make, same model. 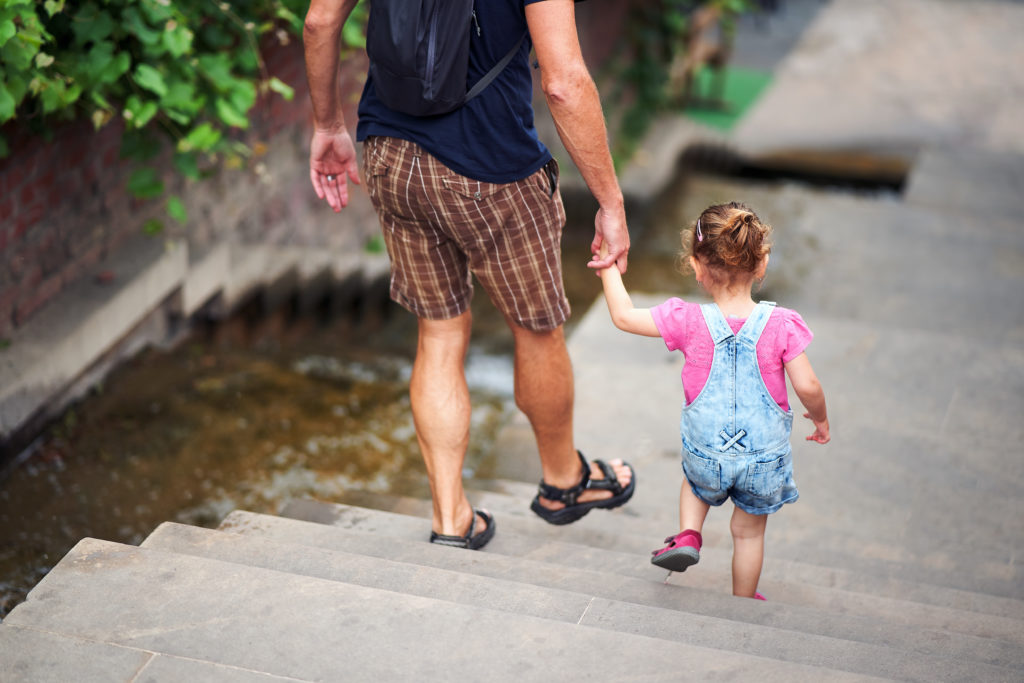 Earlier this year, the New York Times ran an article titled: “How to Be an Expatriate in 2020: Thanks to leaps in technology, social media and the expanded mobile economy, more people are leaving home for good. Here’s how they do it.”

It’s a great story that focuses on Americans, but it offers a lot of interesting information and many useful links for any expat―even if it is from before the coronavirus pandemic. It confirms my suspicion that my unique status has deteriorated. In the 14 years I have lived in Brno, according to International Living Magazine, the internet has made living abroad much more palatable to all types of people from all kinds of backgrounds. The U.S. State Department says that an estimated 9 million U.S. citizens live overseas.

I guess that is the reality. Better get used to it.

The article does, however, provide a potentially positive item to which I can cling to. The websites and data show that these new expats are not coming here in droves (yet). The Czech Republic, and Brno in particular, are still off the beaten path. One could even say that we are the expats who are tougher, more adventurous and, dare I say, more unique.

Or, at least, smarter for having found the perfect gem in which to live.