I start most of my high school English classes with the following question: “Does anyone have anything interesting to say?”

Usually, I get blank stares. Few people will jump into such a void to tell a story. Nevertheless, after a couple of seconds of silence, I say something like: “That’s what I thought” or “That doesn’t surprise me” or “You’re going to be great at dating” or “I fear for your future” or, simply, “Fantastic!”

I do this for several reasons: 1, I teach conversational English, so I try to get students speaking right away (and it often works well as students get to know me); 2, I like to learn about the lives of my students because, my condescending comments aside, they actually do have fascinating lives; 3, it always makes a few people laugh; and 4, because I think the ability to make conversation is important for one’s future success.

Being able to speak well helps in so many ways, including making an impression during job interviews, establishing professional connections, meeting new people, finding a spouse and maintaining relationships with colleagues, just to name a few.

You don’t have to be charismatic to get a job or get married — but being able to make interesting small talk greases the skids.

I am not a natural talker. I prefer to stand back and observe. I wish that I was more conversational because I think I would have made more connections and maintained more acquaintances.

I want my kids to benefit from my life experience and build upon what I consider to be a personal fault. I want them to be able to speak about any topic and always be interesting and memorable. I am convinced that the ability to converse will be useful for their academic and professional careers and their social lives.

That is why I use the Kennedy family strategy in my home here in Brno. 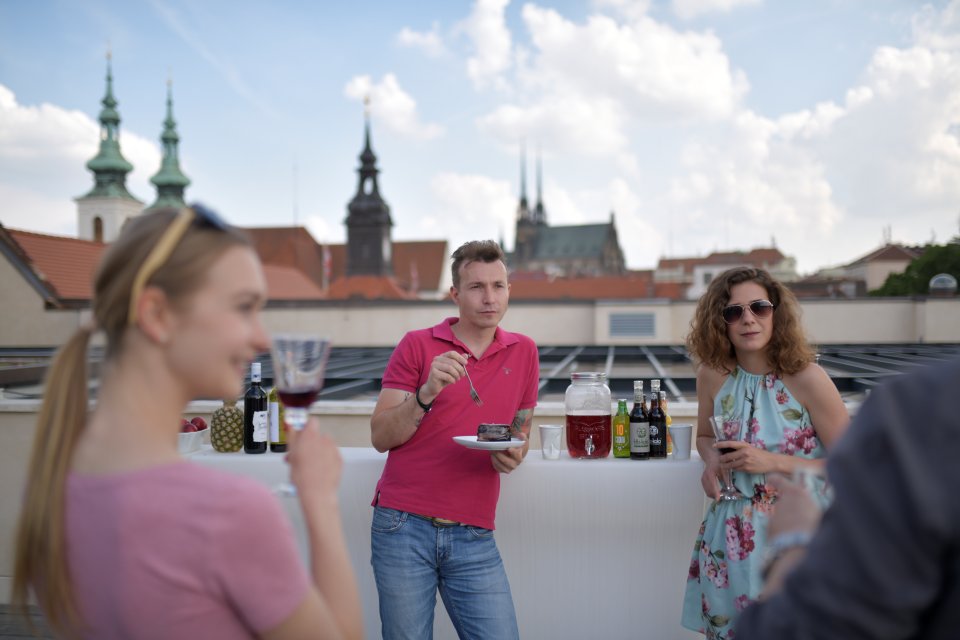 The Kennedy family is probably the closest thing that America has to royalty. The patriarch, Joseph Kennedy, was a successful businessman and the U.S. Ambassador to the Court of St. James during World War II. His sons carried the name forward, including John F. Kennedy, who became the 35th president of the United States; Robert Kennedy, who was the U.S. Attorney General; and Edward Kennedy, who was a long-time senator. Of the subsequent generation, John Kennedy, Jr. used to publish a political magazine that I loved.

Clearly all of the Kennedys were hardworking and intelligent and took advantage of a lot of opportunities — more importantly, they were also eloquent and inspirational. That was not by accident.

One biographical fact that has always stayed with me is how the Kennedys ate family meals: the atmosphere was not quiet and relaxed; it was loud, combative and argumentative.

I believe that talking about the news of the day is not only informative, but also great practice for when being able to express logical and coherent ideas may be the difference between a career in management and a non-leadership lower-paying position. [Fun fact: Apparently the Johnson family of England was the same. Maybe it worked: Boris is now Prime Minister.]

Both of my children are accustomed to talking during meals. “Povídej” (speak) is normally the first word after “Dobrou chuť’” (enjoy your meal).

We are not yet considering international politics or having philosophical debates — the girl is almost 5 and the boy is just 3 — but both children are good at describing the new things they learned at preschool. I like hearing the plots of stories and the descriptions of theatrical performances. I want to hear what the neighborhood kids are up to. And, conversely, I want them to know what is going on at my work so that they have an understanding of the adult world.

The boy has taken the lead in our mealtime conversations. He gives the order in which we will speak: “Daddy first, then mommy, then Zoe, then Benny.” He doesn’t yet understand that conversation requires back-and-forth interaction, which throws off his neat pattern, but we’re working on that. He does, however, constantly want to “read the news” on my mobile phone, so maybe our dinner talk has already instilled a desire for knowledge about the world.

The girl is a natural speaker. She contributes genuinely interesting information and she has already started semi-mature conversations with many people, including a university student we met on a train, the contractor who put a new roof on our house, the librarian at the local branch of Jiří Mahen library, basically everyone. She even drew a mobile phone keypad on a piece of paper in order to have long one-sided conversations with her school friends.

Who knows if the ability to make conversation and express thoughts will actually be a game-changing life skill. In any case, we’ll talk through the plusses and minuses during some dinner in the future.

I’m sure it will, at least, be interesting.

Pictures by: the City of Brno