For most of us expats living in the Czech Republic, the dread of learning the language of this lovely place is real. So much mental effort goes into figuring out the correct grammar before being able to mutter one simple sentence that even the smallest of talks leaves us depleted of energy for the rest of the day.

Surely, some of us – and I’m a veteran here – equally waste this energy arguing with Czech speakers on why a specific grammar rule does not make sense. And while it might also not make sense to debate nonsensical grammar rules, I think it’s important to acknowledge the learner’s struggle in assimilating a language like Czech and hence find some empathy. Occasional denial and resistance in accepting the language’s intricate rules is part of the learning.

I have personally been mesmerized by the intricate rules of possessive adjectives, realizing that the more I delve into this grammar aspect, the more I am able to make sense of the names of places in Brno. Which is a paramount thing, since I have been living here for several years and I wish to minimize my overall state of expat confusion.

Brace yourself, I’ll be dragging you through some grammar jungle here!

In case you didn’t already know, possessive adjectives are used to indicate possession of something, while the possessor is (usually) an actual person. That’s why these adjectives are common when it comes to naming places. Brno residents, such as myself, often find themselves saying: “I’m on Masarykova ulice”. Of course, if you were to say the entire sentence in Czech, it would get even trickier, because the possessive adjective would decline according to the locative’s case rules: “Jsem na Masarykově ulici”.

To keep it simple, let’s stick with the non-declined form of Masarykova ulice, a street named after Tomáš Masaryk to commemorate the former Czech president. This is nothing peculiar, it’s common practise in many countries and cities across the globe to honour their great personalities this way. Here’s the catch: Czechs didn’t just name the street after Masaryk, they symbolically claimed the street as belonging to him (Masaryk’s street). Which makes “Masarykova” a possessive adjective, while the feminine ending “-ova” is not to emasculate Masaryk, but to indicate that what he possesses (the street = “ulice”) is of feminine gender. 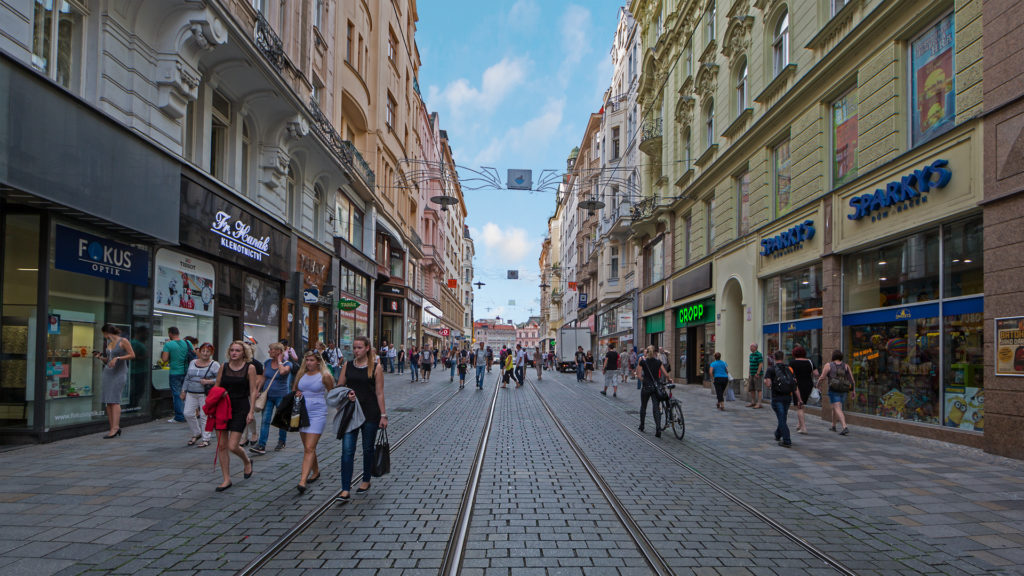 Let’s turn away from Masarykova street, and head uphill, across Zelný trh, and to Šilingrovo náměstí – a square which, as you might guess, “belongs” to the deceased Czech writer – Tomáš Eduard Šilinger. He might not make any use of this square, but by grammar rules, he does ‘’own’’ it. So make sure to pay your respects once you walk through the square. And also, if you wish to blend in with the locals, you might want to call it “Šilingrák” instead.

From “Šilingrák”, you enter Husova ulice (Hus’ street) – this one named after Jan Hus. The highlight here is that, once again, it might appear as if “Hus” was feminized to “Husova” – allow me to remind you – this is only because “ulice” is female gender. Šilinger, on the other hand, agrees in gender with the neutrality of the noun “náměstí” (“square”) and becomes, when possessive, “Šilingrovo” (not “Šilingrova” or “Šilingerův”).

Janáčkovo divadlo (Janáček Theatre) and Mahenovo divadlo (Mahen Theatre) are also worth mentioning, named after the music composer Leoš Janáček and the novelist Jiří Mahen. Let’s also put Mendelovo muzeum (Mendel Museum) on the map, named after the Brno scientist Gregor Mendel. Interesting fact here, “muzeum” is neutral as per the convention of nouns taken from foreign languages to be neutral. 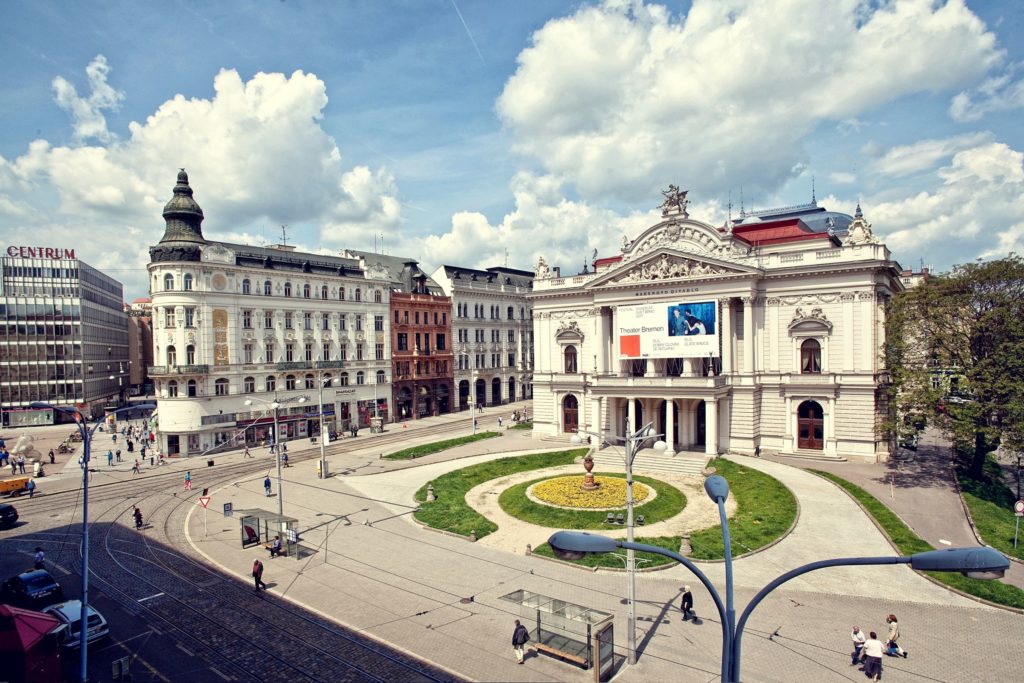 I deliberately skipped the most famous Svobody Namesti, for the simple fact that it doesn’t align with the grammar topic we have here. “Svobody” is a regular noun, it doesn’t refer to someone’s name and we can infer that being Liberty Square, this one belongs to us all free folks.

Same goes for Úrazová nemocnice (Trauma Hospital) – though it is the hospital’s name, “Úrazová” in this case it’s simply a hard adjective (similar to “nová” – think “Nová nemocnice” – The New Hospital). So we are not putting the hospital on our map.

Another way to tell when it’s a possessive adjective is that the ending is not a long “á”, but a regular “a” (see: “Masarykova ulice”, not “Masaryková ulice”).

I might be going the extra mile here, but I also want to assure you that neighborhoods in Brno (such as Komarov, Julianov) are in no way related to possessive adjectives. The “-ov”’ endings are, as my Czech teacher assured me, standard suffixes when naming places.

Are there any places named after women?

I needed the help of a Czech friend to locate a place in Brno in the symbolic “ownership” of a memorable female – dead or alive. Be it for feminist reasons or to simply ilustrate a full range of grammar examples, I wasn’t willing to accept the premise that this is a men’s world. Unfortunately, it is. If you’re curious, check out these infographics mapping out the proportion of female street names versus male street names in the three major cities of the Czech Republic.

Still, the street named after the Czech female politician Milada Horáková got my attention, only to then figure out that “ulice Milady Horákové” is not a possessive adjective, but a declination in genitiv (as in saying “the street of Milada Horáková”, instead of the “Milada Horáková’s street”).

The biggest discovery here was that places named after females are, for the most part, genitive (“the street of…”). And the biggest challenge was to understand why. Well, as it turns out, the female version is not possible as a possessive adjective because the female surname is already an adjectival form (Horáková). Meaning, that you can’t make a possessive adjective with an adjective (Horáková’s street – NO, the street of Horáková – yes)

However, as with any rule, there are also exceptions and this one was not an easy one to find – I’m referring here to Libušina třída (or Libuše’s road) – a major street in the outskirts of Brno. This is, finally, an example of a female possessive adjective, inspired by the mythical figure of Libuše. Libuše, a character out of legends, does not carry an adjectival surname and hence does not pose any issue with creating a possessive adjective.

I’ve probably bored or overwhelmed most of you by now. But why is this useful to think about? Language learning is a huge part of the experience in a foreign country. Memorizing rules is one thing. Noticing and understanding how your new home lives by them is an altogether different learning experience.

How about I challenge you to a game of locating even more places in Brno where the rule of possessive adjectives applies? It goes without saying that you get extra points for female-based names.