Skinners Technologies is the first non-IT startup in our series. You might have heard of them, or of their crowdfunding runs – they’ve grown considerably through their campaigns. The company is conquering the world with its ultraportable footwear for sports & travels and the turnover of czk 100 million. So far, they’ve sold over 300,000 pairs in 100+ countries.

We spoke with Skinners Technologies’ co-founder & COO, Michaela Matějková, about the ups and downs of doing business from Brno and the key factors to their success. Hers is the 11th interview in a series with personalities behind notable Brno companies that operate internationally.

Skinners Technologies produces footwear that’s best described as something between socks and shoes. It’s priced around 60 dollars a pair, and made to help your feet relax. Skinners are not meant to replace your usual shoe wearing habits, instead, they serve as a smart supplement, to provide the occasional experience of feeling what’s right underneath your feet. They are made of premium anti abrasive polymers without phthalates or any other harmful substances.

In 2016, Michaela co-founded the company with a friend of hers after they had raised their first funds for the idea through the local crowdfunding platform. Spurred by the success, they ran a campaign on the global Kickstarter, and attracted a mesmerizing USD 600,000. Four years later, they repeated the pre-order campaign and this time received an even more fascinating sum – a whole 1 million dollars – which remains the highest sum raised on a crowdfunding platform for any Czech non-IT company to this day. 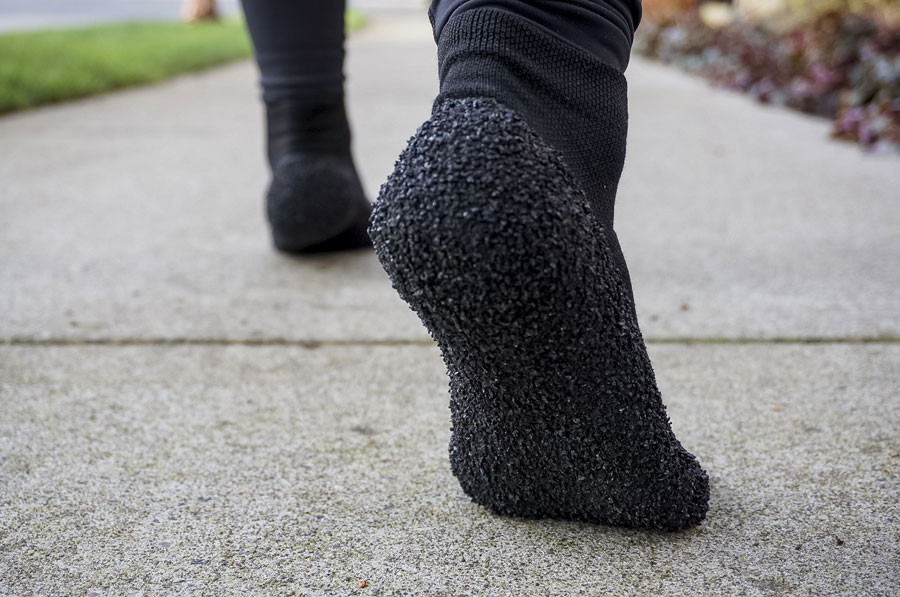 Skinners Technologies focuses mainly on the English and German speaking markets (US, UK, Germany, Austria, Canada, Switzerland), though there’s the little oddity of Finland from where they receive quite a lot of orders, as well. Less than 10% of the company’s revenues is represented by the Czech market.

Their stores generate about 70% of the revenues (mostly B2B transactions, with foreign distributors buying up stock for stores or outlets), the rest is being sold directly through Amazon and other platforms, supported by pay-per-click marketing campaigns and the local PR agencies and of course, influencers.

The company has some 20 employees in Brno and several production factories in the traditional shoe & clothes industry regions in the CR. Their products rely on high-quality materials (fibre, sole) imported from Italy and Sweden. Since recently, they now produce skinners for children, as well.

The success of their crowdfunding campaigns confirms that healthy footwear is the trend now. And Michaela doesn’t see this changing anytime soon, especially with the way 2020 went. “Many of us suffer with some problems with our feet.  I believe that with all the current limits the coronavirus situation puts on us, the dedication to change our lifestyle and take better care of our bodies will only grow.”

Brno: the choice for life

„Brno provides the advantage of the right size, reliable city transport, closeness to nature, liveable events and a lot of new opportunities,” Michaela summarizes. „Job is no longer the main criteria when deciding where to live.” Brno, as a student city, brings networking opportunities for business, academia and art. One example she mentions is Impact Hub, a part of the local, and yet global, network where one can start exploring contacts and knowledge.

Some of their employees moved from Prague, and they appreciate the spirit of a smaller city and its startup culture. On the other hand, Michaela feels that Brno suffers from poor flight connections and a lack of creative talent – after all, the company does play on the fashion field, even though it rarely gets above the ankle.

Still, Brno seems ideal for Skinners Technologies, with its atmosphere productive for global thinking and Skinner’s local team focused on details. Although lockdown caused some of their stores to close and move more of their business online, the company refuses to live and communicate only virtually. The advantages of personal interactions, among their employees, distributors or customers alike, cannot be successfully replaced, and the company does not even intend to try.

After finishing her PhD in social pedagogy focused on psychopathology, Michaela planned to work in resocialization facilities, but chose a completely different direction in the end. From an advertising agency and public relations, she moved to the HR department, where she worked for the IT division before becoming the COO.