BEC » Blog » The View from Backstage

During May 2019, Czech Theater sold our their performances of Jenůfa at Music Lab. How did they get there?

One beautiful spring day last year, three friends were talking about all the things they love about Brno and the few things they lack. The cultural selection is great – opera, ballet, and concerts abound. But it wasn’t possible to go see a Czech play if you didn’t speak Czech. Wouldn’t it be great, they mused, if we could somehow see Czech plays in English? Rather than sit around wishing someone else would do something, the trio decided to make their own wishes come true. And so, a few months later, Czech Theater, z.s. was born.

Standing backstage Sunday night, at the second performance of Jenůfa, Czech Theater’s second show (the first was Karel Čapek’s R.U.R.), I kept thinking about that spring day in 2018. I was one of those three friends, fantasizing about a fun little theater experience. I had no idea that just a year later we’d have successfully started a company, held auditions, met dozens of semi-experienced and first-time actors, put on multiple sold out shows, and not killed ourselves, each other, or anyone else!

What are my favorite stories over the last year? Maybe the rehearsals we organized in each other’s living rooms, which felt to me like an homage to Havel and the times of samizdat and secrecy. Did Topol ever sit on a table when they ran out of chairs and accidentally break it? It might have happened. Or maybe the bravery of various actors who had never stood on a stage before but came to auditions with such courage and grew into their characters over eight weeks of rehearsal. Maybe watching friendships form and develop over a shared interest. Maybe it was the day we counted up our countries of origin and realized we were representing at least nine different nationalities. Maybe the push and pull of trying to work together to make someone else’s writing, a hundred years old, come to life and ring true. 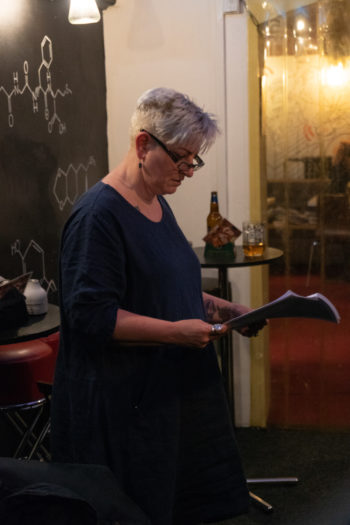 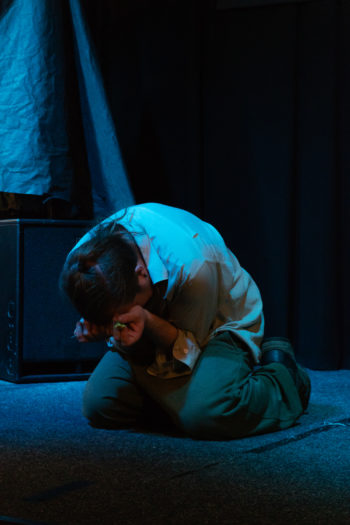 And now here I am – looking at all the actors restlessly pacing backstage between scenes in their matching shirts. A Slovak seamstress made custom traditional shirts for all the actors, a nod to the history of the play, which was written in 1890. We wore the shirts with jeans and skirts to remind ourselves that the story is, unfortunately, timeless. Czech Theater is donating half of ticket sales from this play to Spondea, a Brno-based organization that works to end the ongoing cycle of domestic violence.

I thought we were making something for ourselves, me and my friends. Then I thought we were making something for other people who wanted to act. But when I hear the genuine thunderous applause at the end of the last scene, as the actors go out to take their bows, I think – no, we’re an amateur multicultural community theater. We’re doing this for the community – not just a community of actors, but the larger community we live in. I had no idea it could be so much fun.