What do a Brno journalist, a winter walk, a baby, a Danish queen, war orphans and a large Christmas tree have in common? Find out with us during our December walk!

Have a look at PHOTOS from the event.

At this time when only a handful of people can gather together, we would like to attempt to help you overcome any winter gloominess caused by the recent lockdown. Therefore we decided to organise an outdoor walk through the forest – that way we can spread out, keep a safe distance, stretch our limbs and breathe some fresh air, and also recall a story that began near Brno in 1919, but its influence is seen before Christmas in many towns and villages of the Czech Republic to this day.

We will venture out on Sunday 13 December, take a 10-minute ride by train from Brno to Bílovice nad Svitavou and then follow a marked trail through the forest to see all the sites linked with our story. After the initial short walk uphill, most of the hike will be going slightly downhill or on a flat surface. Nonetheless, you will need good outdoor shoes of course and ideally some snack and a thermos with hot tea. 🙂  There are several options where to end the walk, shorter or longer, but all of them at a public transport stop that will easily bring you back to  town before dark.

We will meet in the hall of Brno Hlavní nádraží railway station at 9:45 and then take a train at 10:00. If you’d like to join us, register via the red button above.

Information from the walk

On 22 December 1919 in the afternoon, the three friends went out for a walk to get a Christmas tree in the forest near Bílovice nad Svitavou. One of them was the writer Rudolf Těsnohlídek, who became famous especially for court stories in Lidové noviny newspaper and the stories about the fox Bystrouška (Sharpears), later set to music by Leoš Janáček in the opera The Cunning Little Vixen, which also takes place in this forest and the forester’s lodge nearby. At one point they heard strange squeaking sounds nearby in the grass. They thought it was a wounded doe. But when they looked, there was a little baby girl,  lying on a thin blanket, all frozen, crying softly. The men immediately picked her up, took her to the nearby hunting lodge to warm up, and then brought her to the Bílovice police station. From there she was brought to the children’s hospital. There it was discovered that her name was Liduška, and her mother left her the forest. When the mother was later discovered, she testified in court that she did not know how to deal with a difficult life situation. She had an illegitimate child with a Russian prisoner of war, she was thrown out of the house, without resources, and they did not want to employ her anywhere. She did not find help in a Brno charity institution either. That’s why she decided to leave the girl in the forest. She went to Bílovice with her child and waited to hear some voices in a distance. She hoped that a passerby would soon discover the girl and take care of her. Little Liduška was eventually rescued and found her surrogate parents who adopted her and gave her a new surname. Liduška later married a high school professor, with whom she went to Prague, where she lived happily until her death in 1997. Her descendants still live in Prague.

The writer Rudolf Těsnohlídek was a very sensitive man. This event forced him to think what could be done and he decided to establish a collection for a new orphanage a few years later. He used his writing ability to draw public attention to the fate of unwanted children and orphans. He was aware that in the post-war period, the case of an abandoned child was nothing special, but the symbolism of approaching Christmas gave the story an extraordinary air that could move public opinion. Těsnohlídek was an admirer of Scandinavia. Following the example of Denmark, where the tradition of Christmas trees in the squares with money collected for abandoned and poor children was in place since 1914, he suggested the same in Brno. On 6 December 1924, a selected tree was felled in the Bílovice forest in Těsnohlídek’s presence. It was transported with great acclaim to Brno and on 13 December it was lit at a celebration on Náměstí Svobody.  It was called the first Christmas Tree of the Republic. There was a collection box under the tree, with the aim of collecting money for the construction of an orphanage.

Other Czech and Slovak cities soon took up the idea, so a few years later, hundreds of public trees were found in Czech towns as symbols of financial assistance to orphans and needy children. Těsnohlídek thus laid the foundations of a modern charitable fundraiser, which grew from its humble beginnings within a few years into a nationwide collection under the auspices of the wife of the President, Charlotte Masaryk and accompanied by a new poem written by Těsnohlídek. The tradition was only disrupted during the post-war communist period, but after 1990 it was renewed again. Every year, a similar amount of around 600 to 700 thousand is collected by the Czech Red Cross which now manages the collection.

Five years later, in 1924, they built the Dagmar children’s home with the collected money.  Dagmar, located in Brno – Žabovřesky, is still in operation today. Again due to Těsnohlídek’s link to Denmark, the home was named after Queen Dagmar of Denmark. She was the daughter of Czech king Přemysl Otakar I., married to Danish king Valdemar II in 1205. She was known for her philanthropy and care for the poor.

Only one year passed from the laying of the foundation stone on 8 December 1928 until the opening on 8 December 1929. The foundation ceremony took place with the participation of the Danish ambassador, and soil from the grave of Queen Dagmar from the Danish city of Ringsted was placed in the cornerstone of the new Brno children’s home. The modernist style of the building was designed by the well-known Brno architect Bohuslav Fuchs who did it free of charge.

Unfortunately, Těsnohlídek did not live to see it. On 12 January 1928, he shot himself directly in the editorial office of Lidové noviny, because he suffered from depression.

The tradition lives on

To this day, Bílovice nad Svitavou contributes to maintaining the Christmas tradition by choosing a Christmas tree for Brno in the surrounding forests. In recent years, it has always come from the Masaryk Forest Enterprise, which is managed by Mendel University. The transport of the tree usually takes place on the Saturday before the first Advent weekend and is accompanied by cultural events both in Bílovice and in Brno. A few years ago, Czech Television in Brno made an art documentary about the whole story, you can watch it online here.

Now, when you pass the collection box under the large Christmas tree at náměstí Svobody, you can think of the children who haven’t been as fortunate as Liduška. You can also take the walk through the forest independently, following this map. 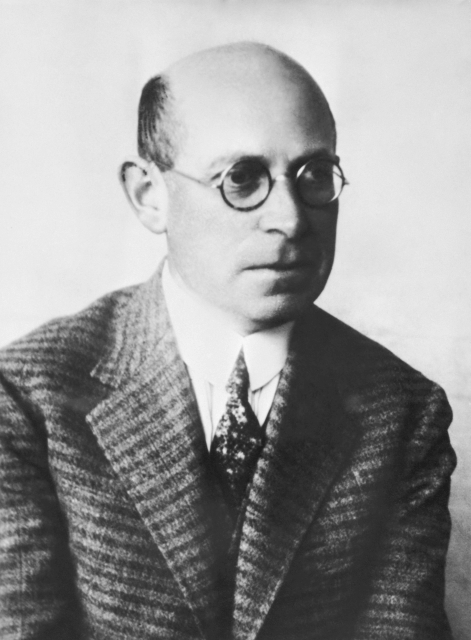 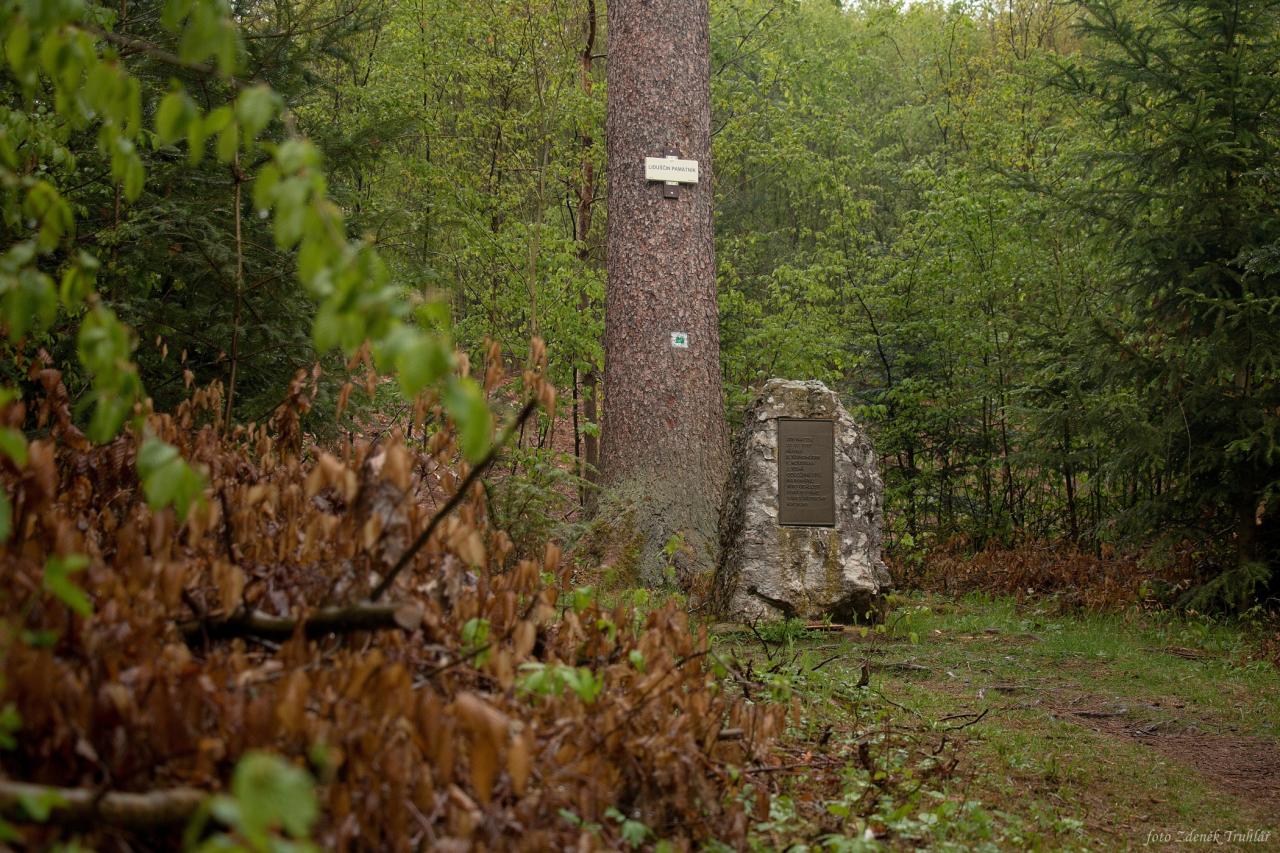 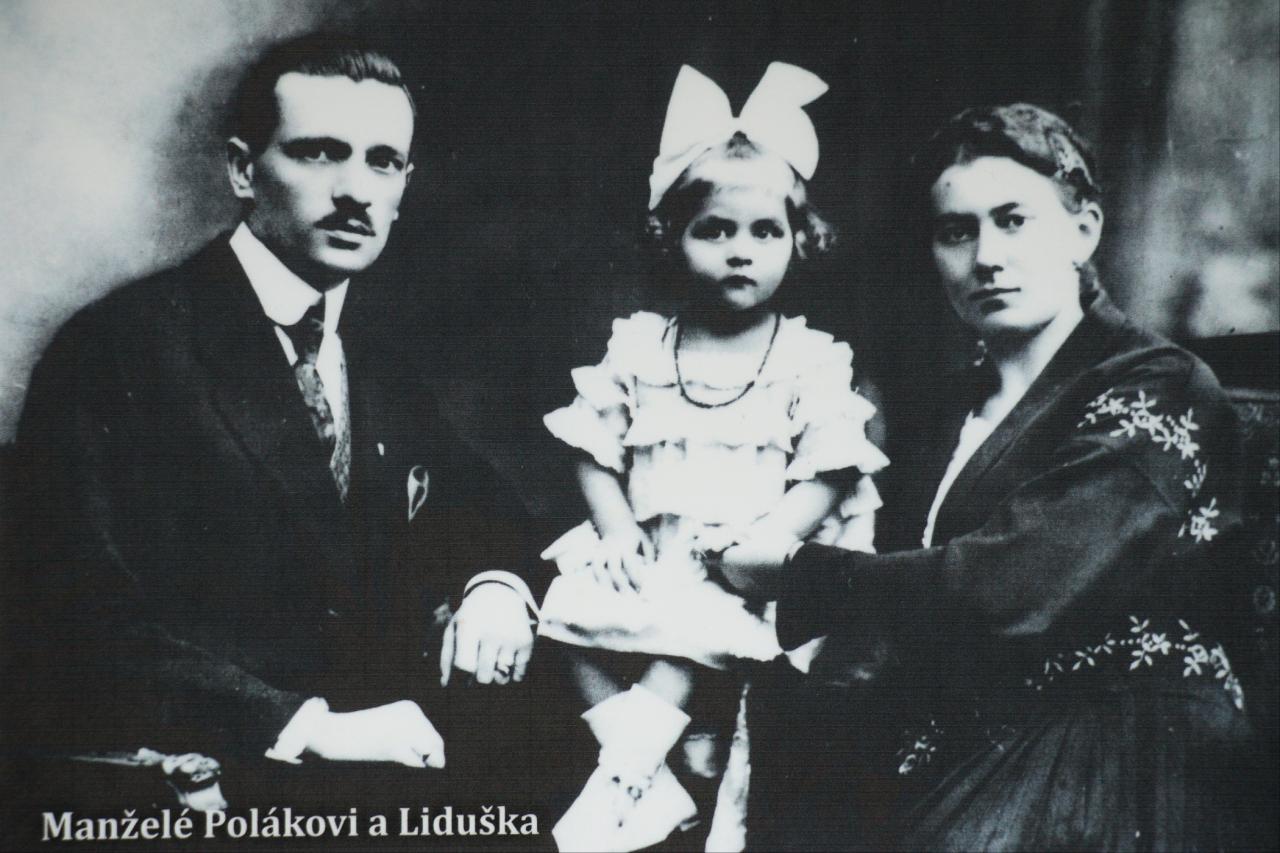 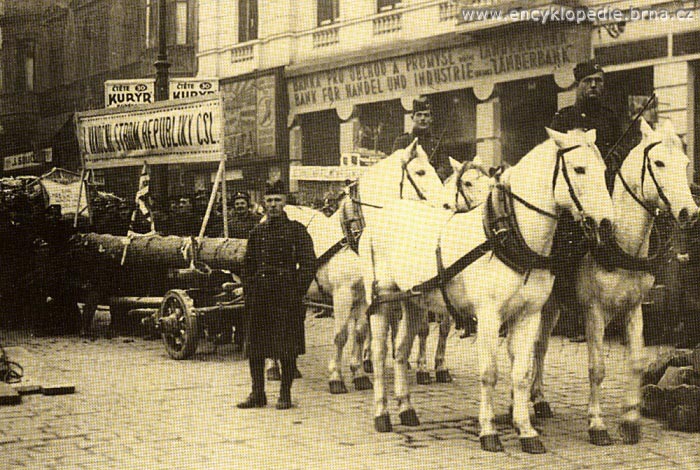 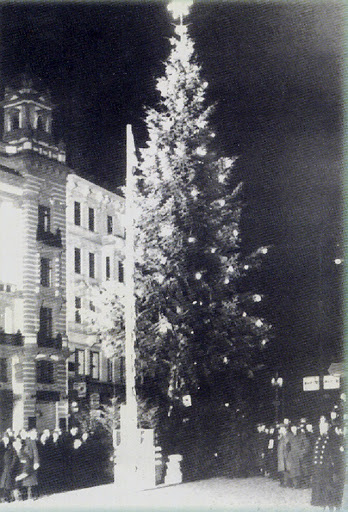 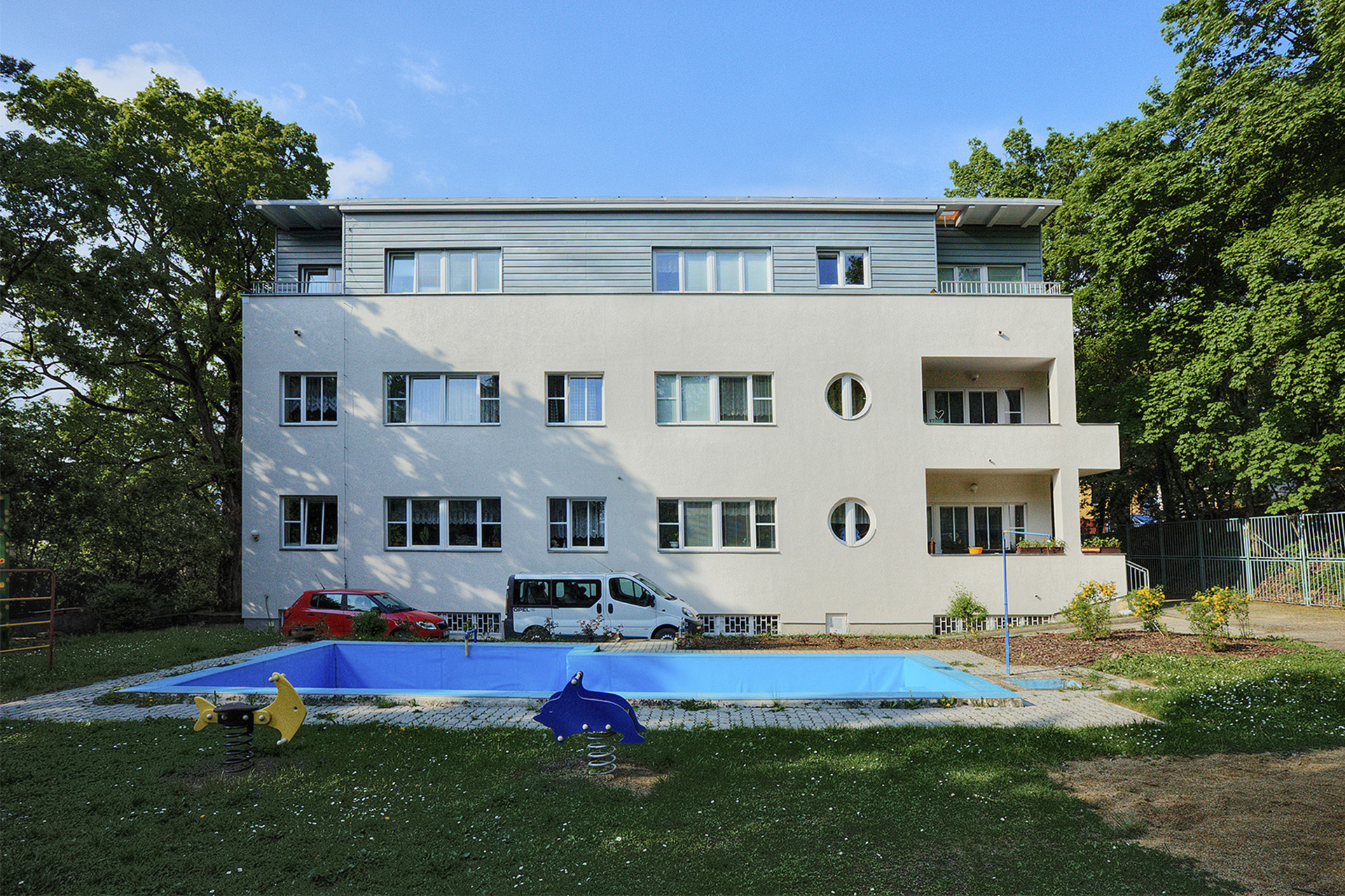 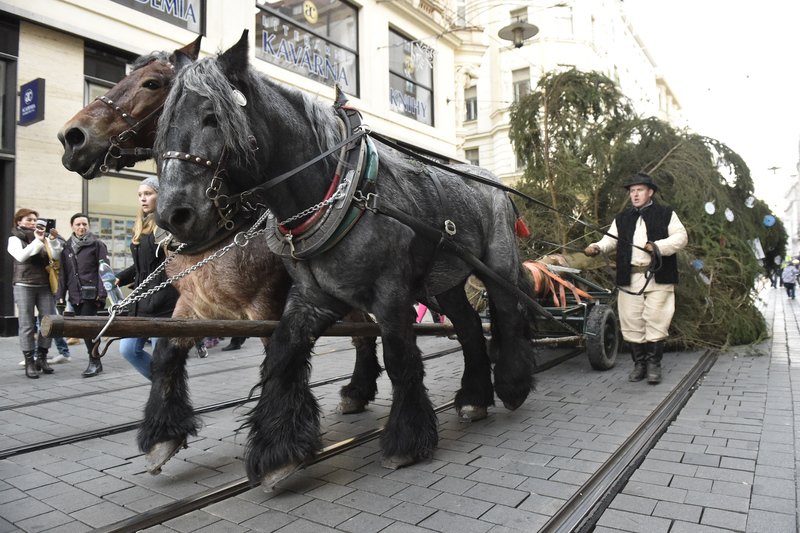 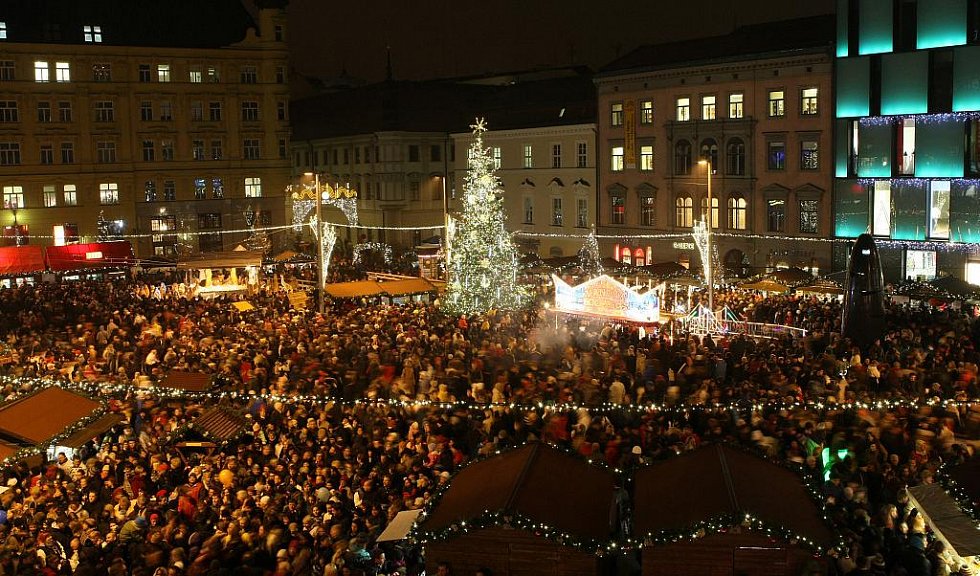